The content of this website was first displayed in an exhibition The Oslo School of Architecture and Design from August 28 - September 13, 2018.

Now it is online. 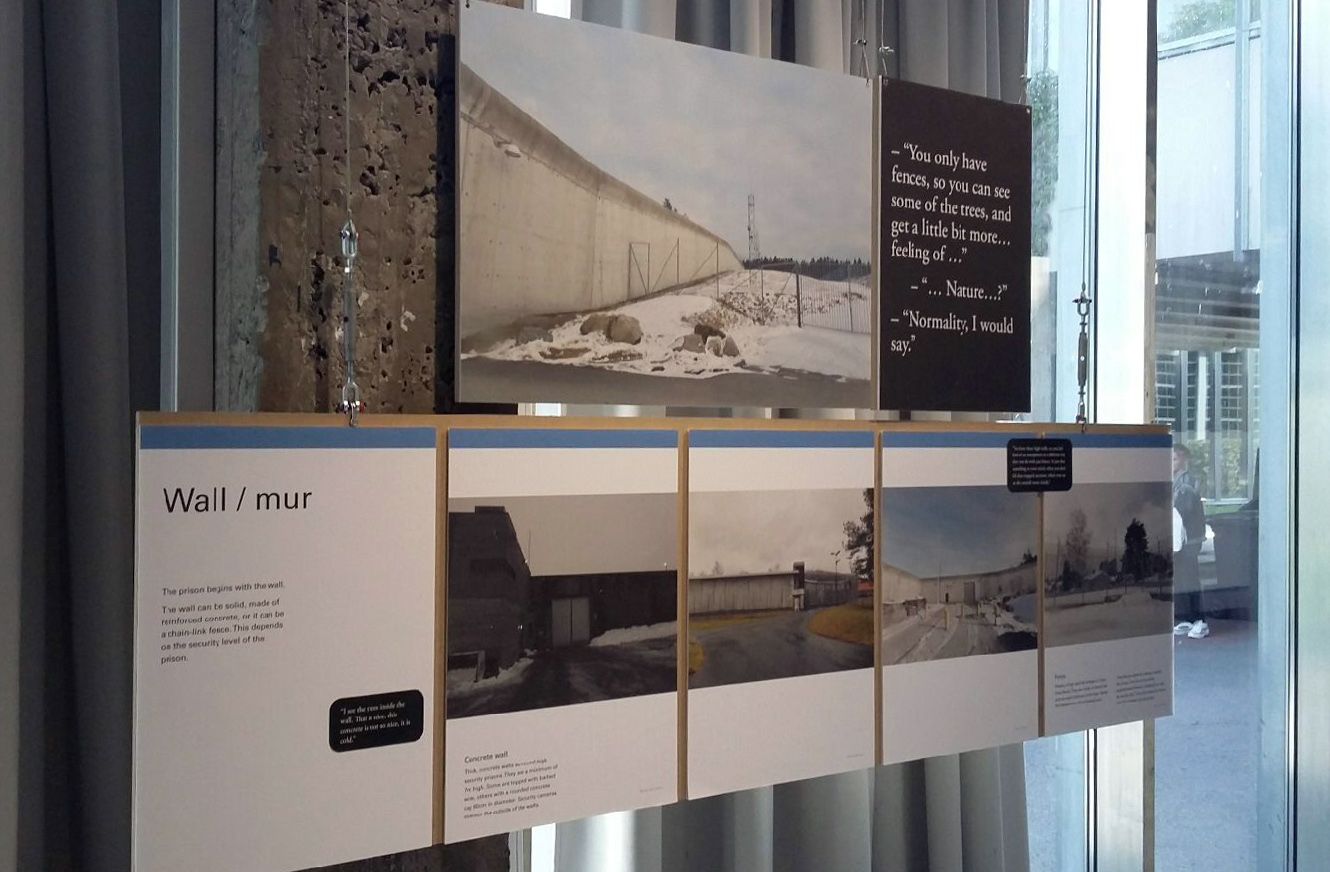 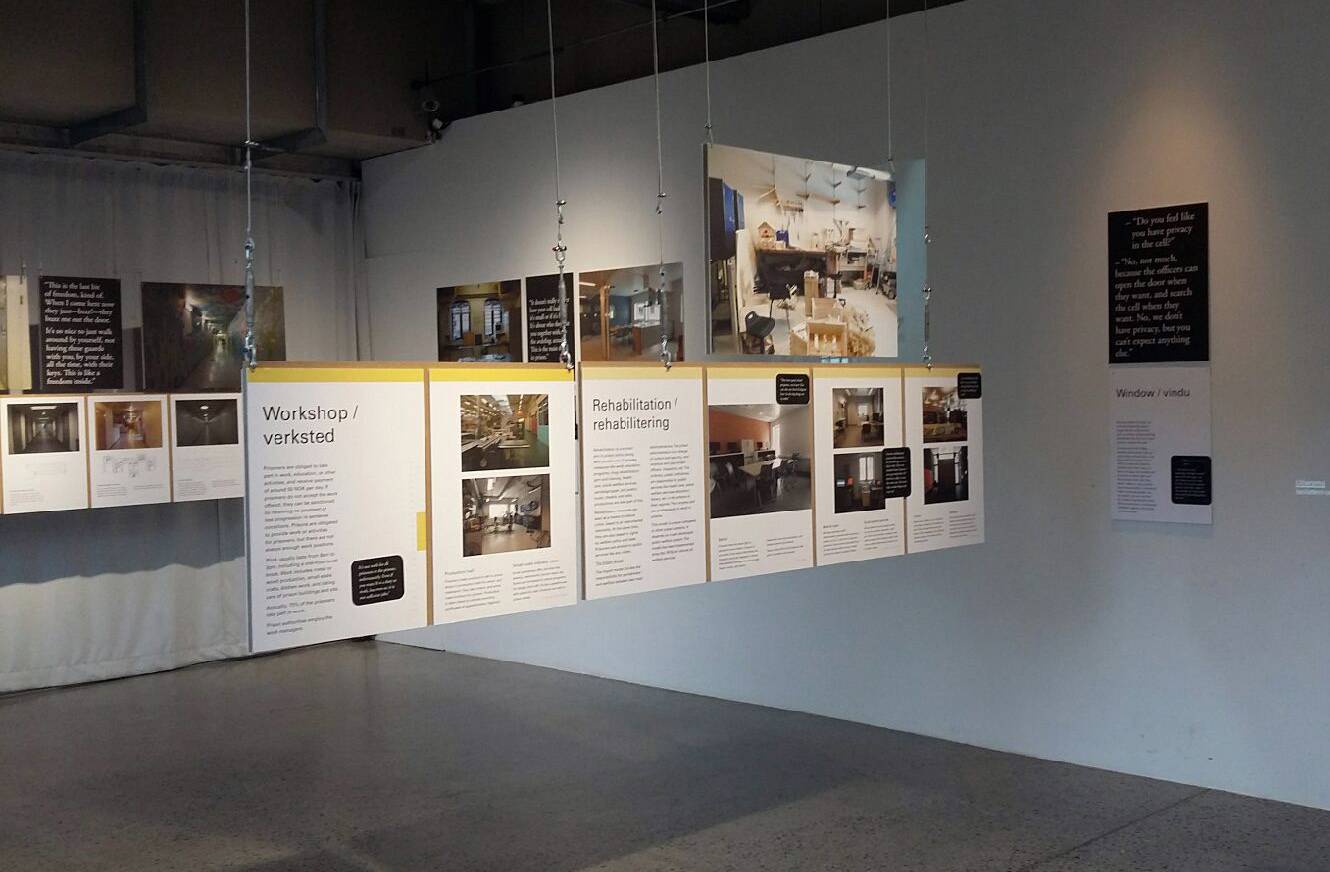 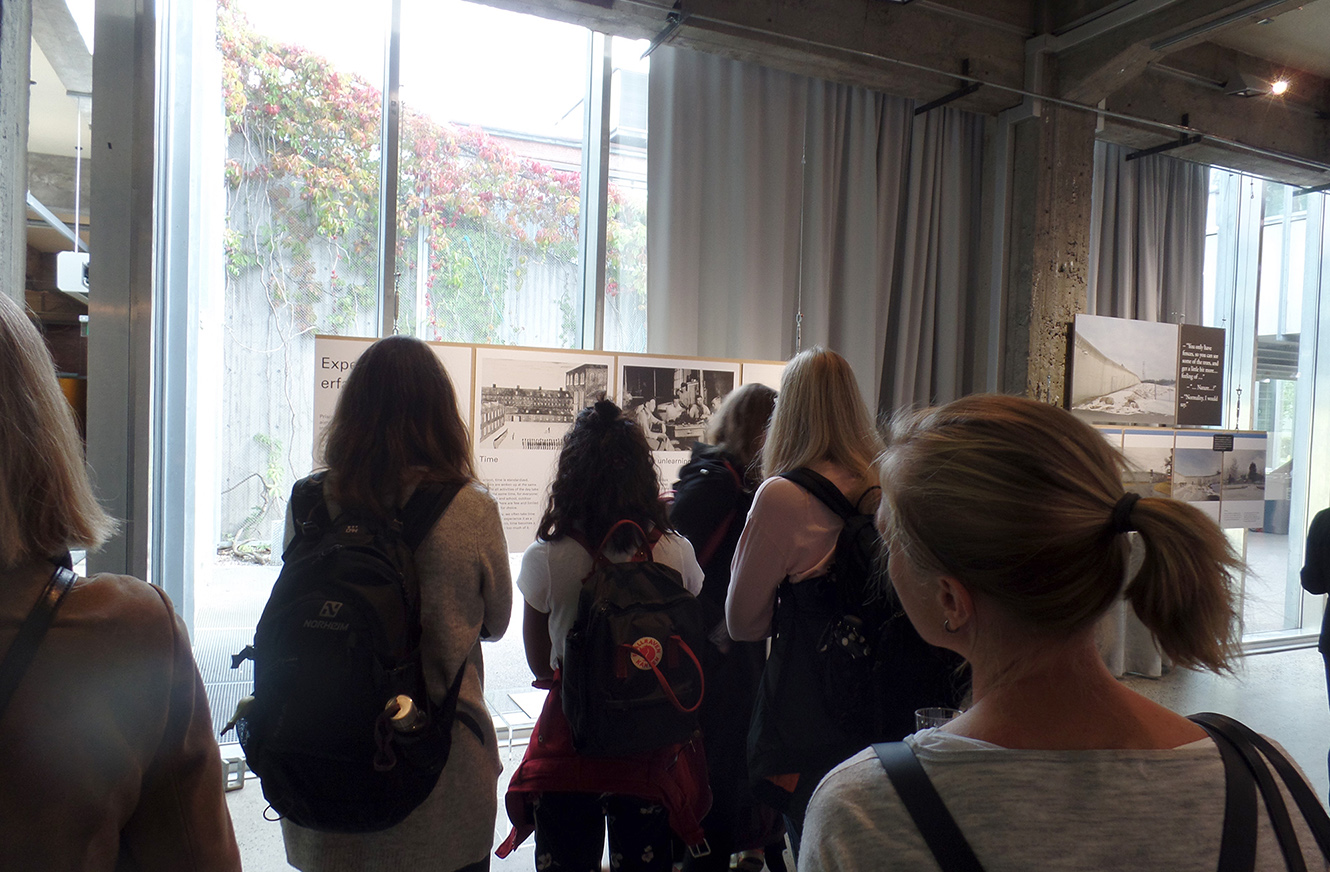 This project is based on:
- Site plans and architectural drawings of six prisons.
- Visits to prisons, tours inside and outside the buildings, documented with photographs. (The photographs are ours unless otherwise indicated.)
- Interviews and talks with prisoners and staff.

The visits and interviews took place in the winter and spring 2018.
‍
The project has been reported to the Norwegian centre for research data (NSD).
‍
‍Excursions & interviews
We were shown various parts of the prisons, and in some we saw all types of units and cells.

We spoke with twelve staff members altogether in the six prisons.

Excursions
In four prisons the guided tours included the isolation units. One prison, Hamar, has no such unit; in another one, we were not allowed into the unit for the sake of prisoners. During the guided tours, we sometimes spoke with prisoners and were allowed to see their cell.

Interviews and talks
We had meetings with leaders in the prison administration, Norwegian Correctional Service; assistant director Sandlie (2017, 2018); and in the Norwegian Directorate for Public Construction and Building, chief engineer Laeskogen (2017). Sandlie provided the architectural drawings of the prisons and the admissions needed for our entrance to the prisons.

A total of 12 staff members informed about their prisons. These included prison managers, prison inspectors of various administrative sections, and prison officers.
‍
In five of the prisons, we interviewed 20 prisoners, most of them were chosen by staff. All were above 18 years and male. Most were Norwegian and had spent long time in prison and some for several times. In the last respect, the prisoners we interviewed differ from most prisoners in Norwegian prisons.

The interviews followed a semi-structured guide, and almost all of them were conducted in English. We have translated the few held in Norwegian. The interviews lasted for one to two hours.

This selection of prisoners is, of course, not representative of all prisoners, nor of those in the prisons visited. The interviews point to experiences and considerations on material conditions, design, and of being in prison.

We want to thank all those who have contributed to make this project possible. First and foremost, we thank the 20 prisoners who told us about experiences and insights from being in prison. We also want to thank the staff members in the six prisons, who spent their time showing us around and sharing their knowledge and insights.

The Directorate of Norwegian Correctional Service, Kriminalomsorgsdirektoratet (KDI), was helpful in securing the necessary permissions to access the prisons. We want to thank Jan-Erik Sandlie, assistant director of KDI, for coordinating this, and for answering our questions.

Several people provided valuable information about the architecture of the prisons. These include Stein Erik Laeskogen from Statsbygg; Anna Molden from Anna and Jostein Molden architects; and Gudrun Molden from HLM architects.

The Oslo School of Architecture and Design, and the AHO gallery, kindly produced the exhibition materials and hosted the exhibition that first made this project accessible to the public. We thank particularly Søren S. Sørensen, Lawrence Ssekitoleko and Anders Rennemo for their contributions to the exhibition.

The U.S.-Norway Fulbright Foundation supported Sophie Angelis’ research for this project during the 2017-18 academic year.

Department of Criminology and Sociology of Law (IKRS), University of Oslo, has provided a working place for Hedda Giertsen.

The Oslo School of Architecture and Design (AHO) has provided working facilities for Elisabeth Tostrup.

We thank AHO and IKRS for providing the funding to make this digital version of the exhibition.

Sophie Angelis is a student at Yale Law School. She was a Fulbright Research Fellow from the U.S. for 2017-2018, affiliated with the University of Oslo, Department of Criminology and Sociology of Law and the Oslo School of Architecture and Design.
This project developed out of the research proposal Sophie submitted to the Fulbright Committee.

Zahra Memarianpour is an architect from Tehran, Iran and a candidate for a Research Master in Urban Studies at the University of Amsterdam.

This website was built in collaboration with designer Thomas Wang, educated at The Oslo School of Architecture and Design.

With comments or questions, please feel free to email us.