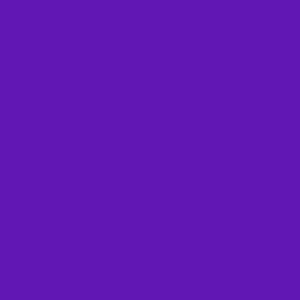 Prisoners move around the prison along hallways and stairs, on outdoor pathways and through underground corridors (kulverter). These movements are highly restricted and regulated according to time. 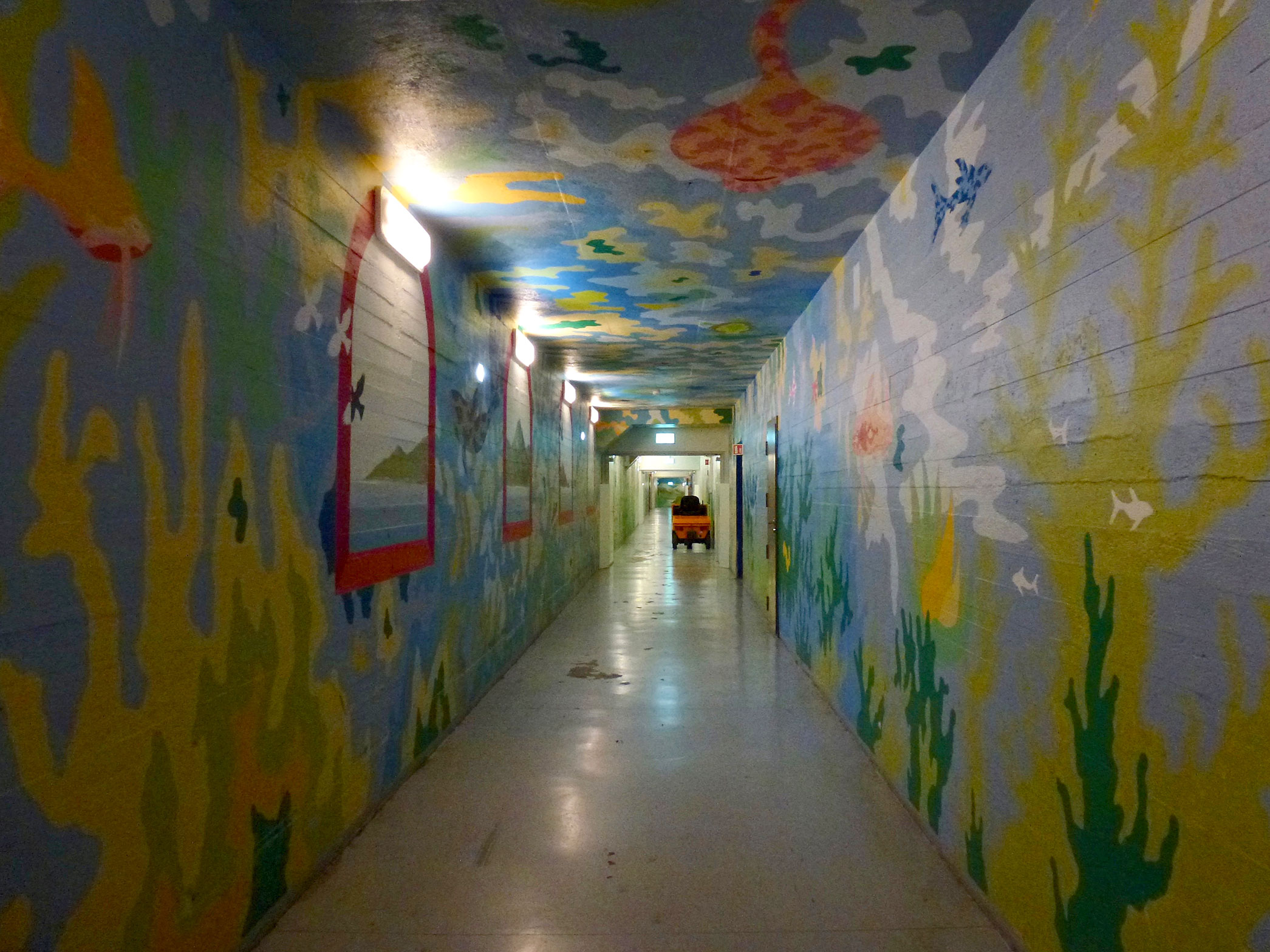 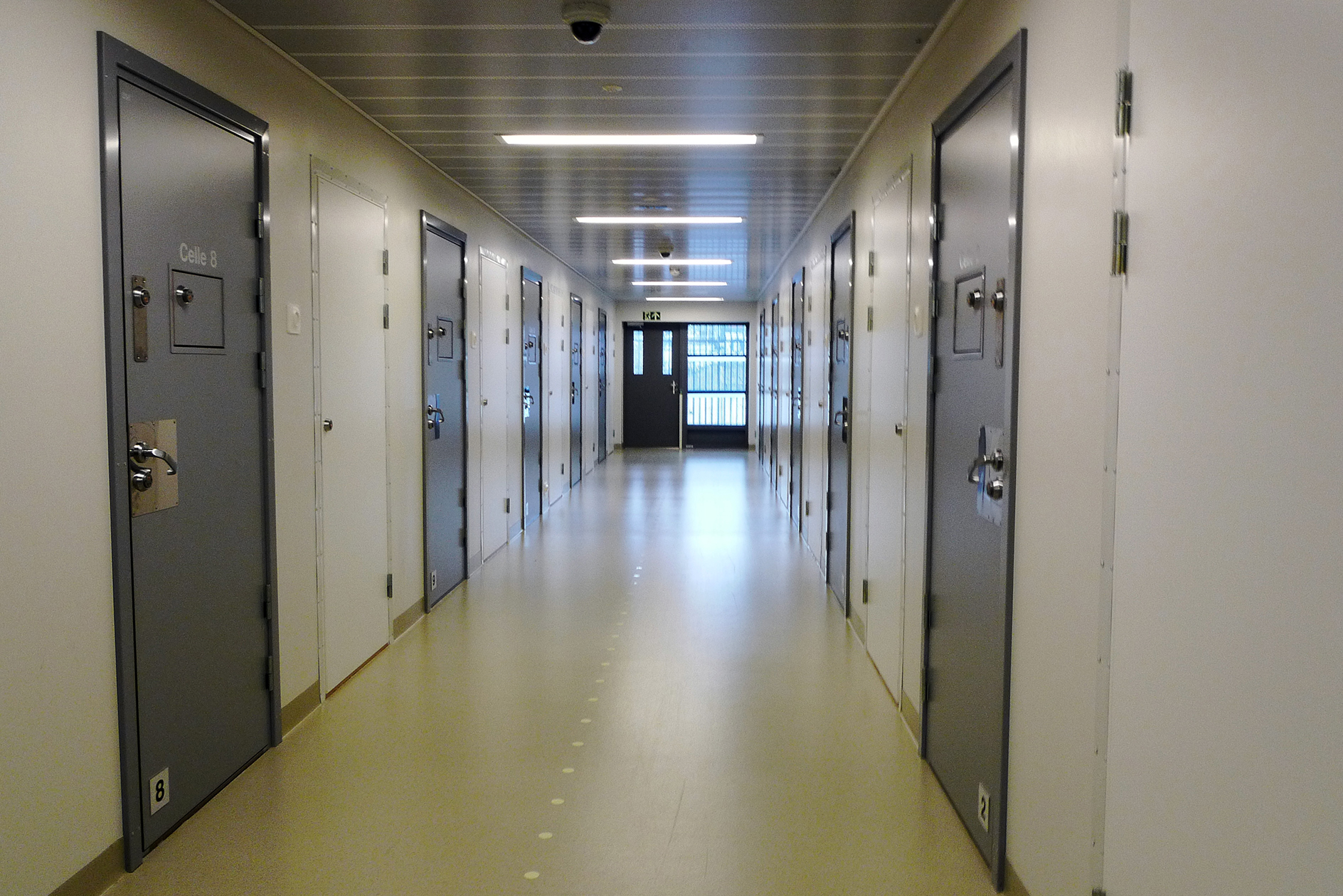 Prisons that are based on the prison idea of 1850s have large, open galleries on each floor. These are connected by staircases. In Hamar prison these galleries are used as social space during the periods in the morning and afternoon when cell doors are unlocked. 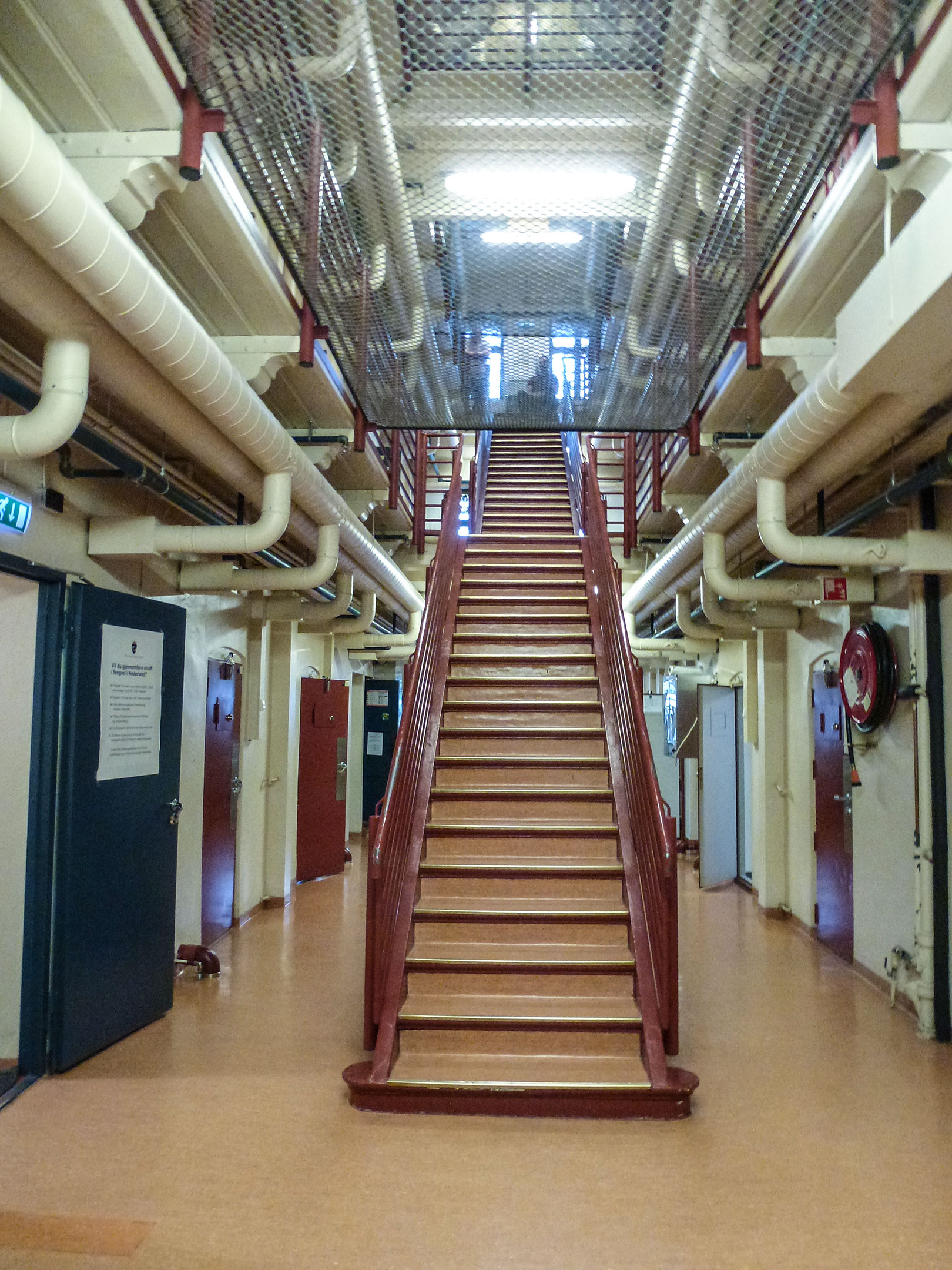 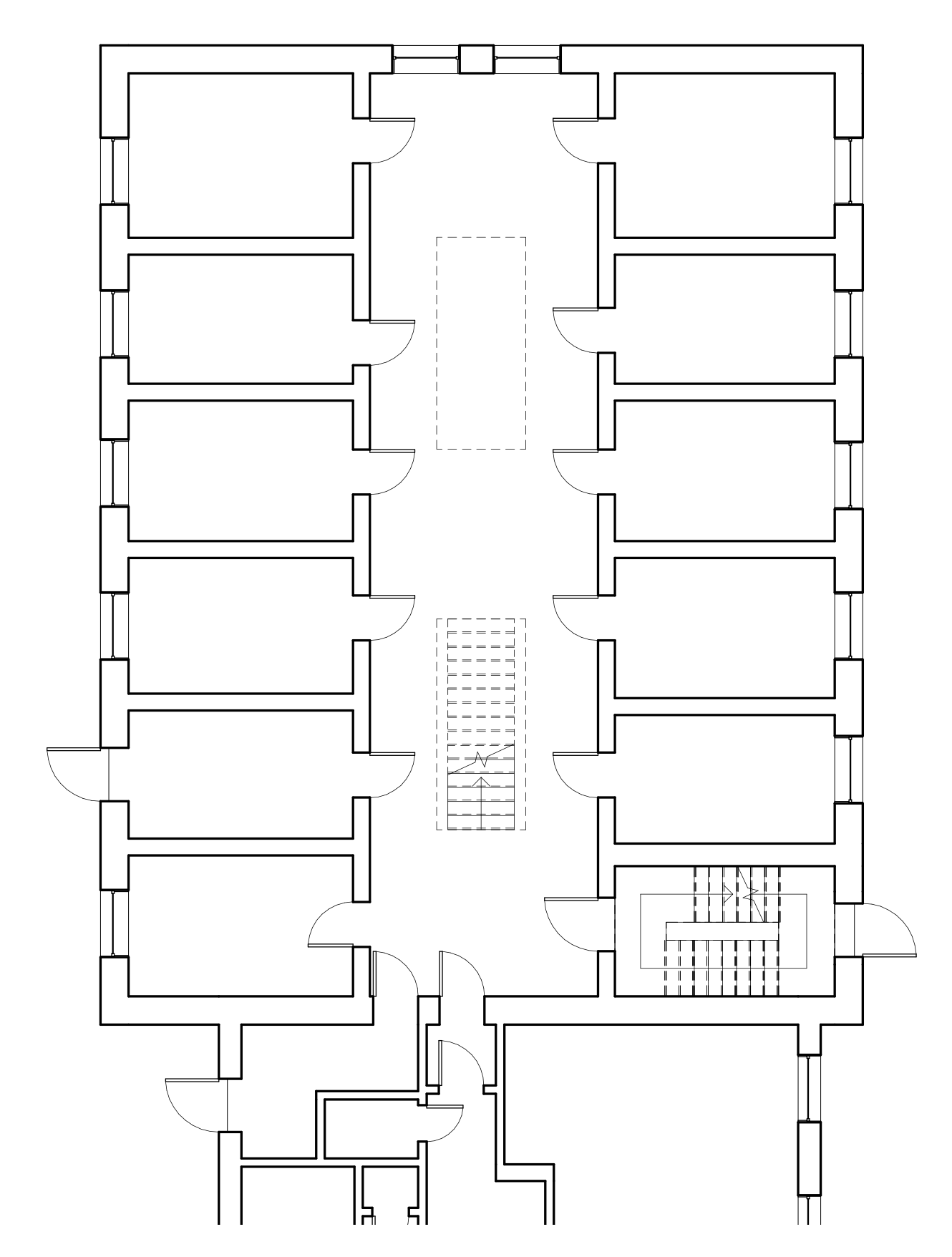 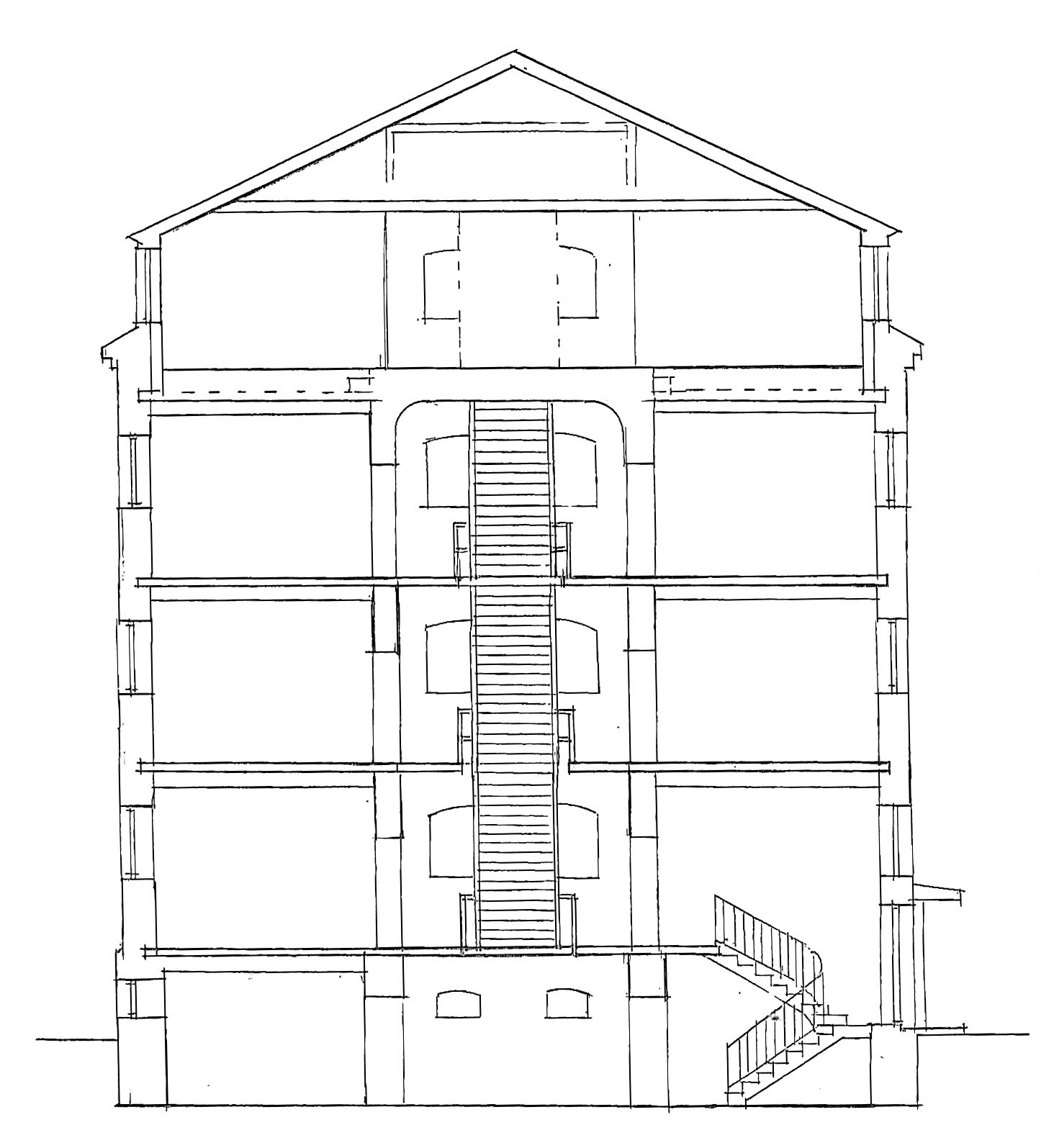 Corridors in most prisons are double-loaded, with cells on both sides. This is common in most institutions. Sometimes the wall at the end has a window for light and view. 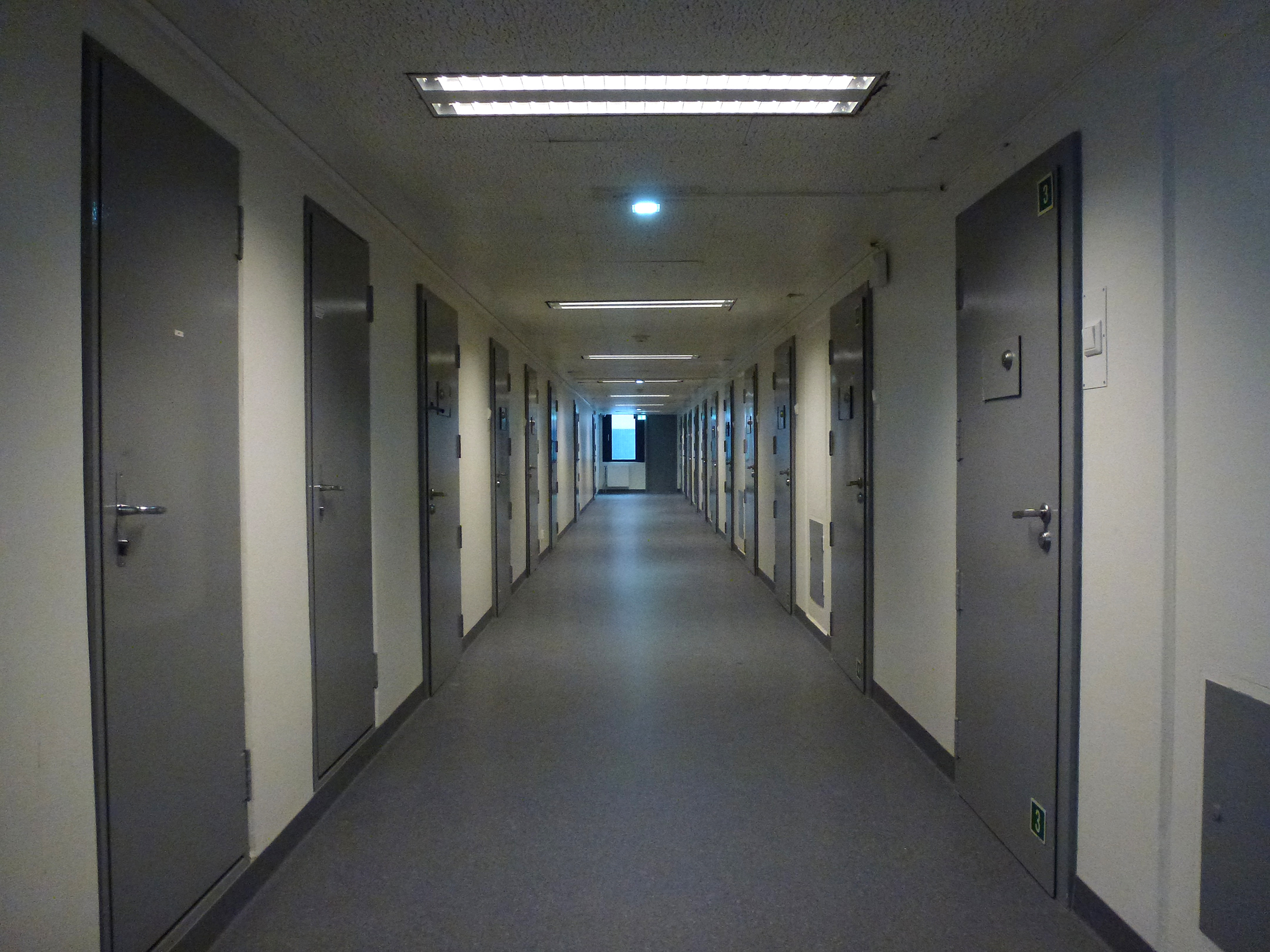 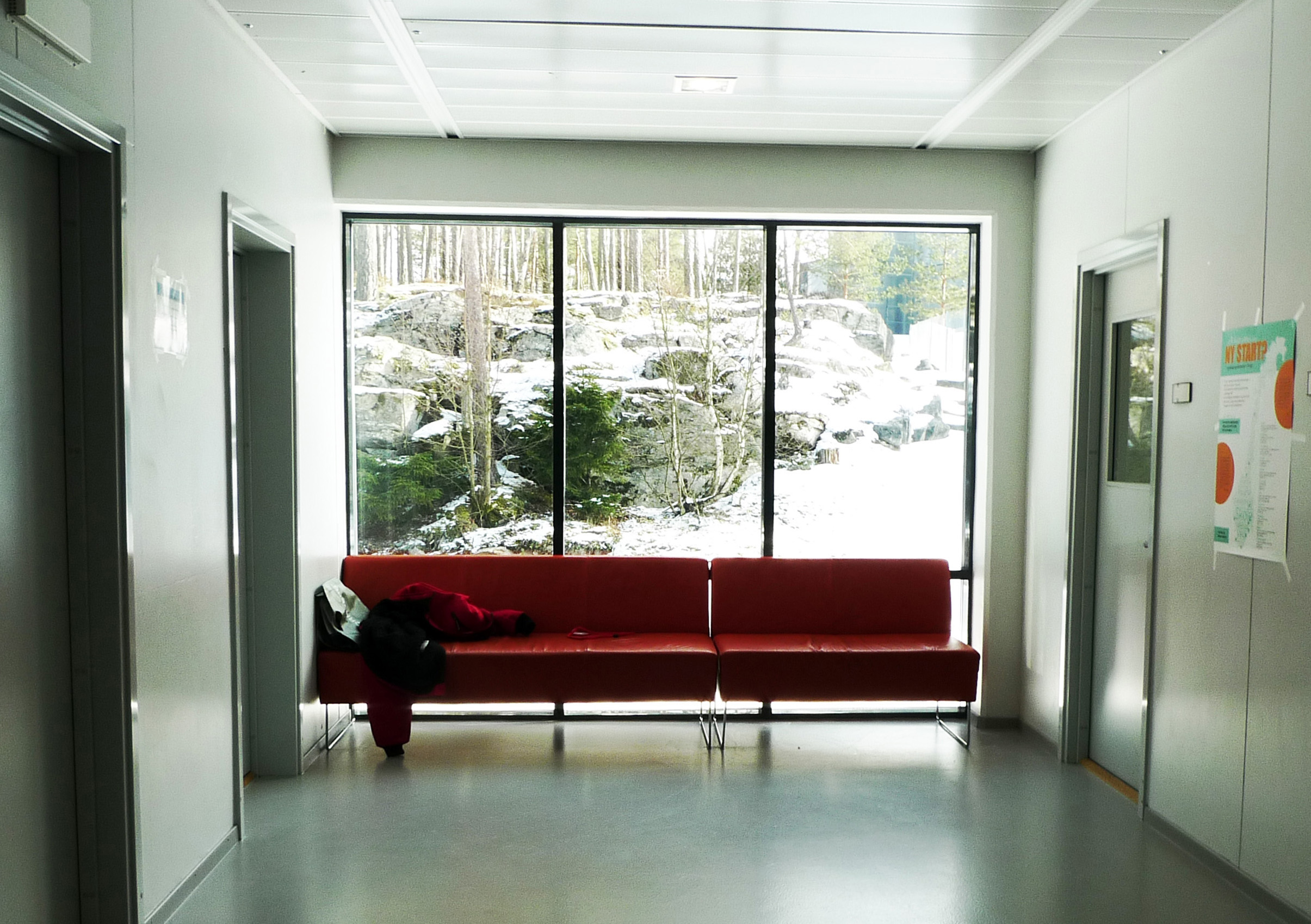 Some corridors in prisons are single-loaded, with rooms only on one side, like in Bergen. Here, the pavilions connect at different points along the main hallway.
Large windows or glass-doors open the hallways to the patios between the units. 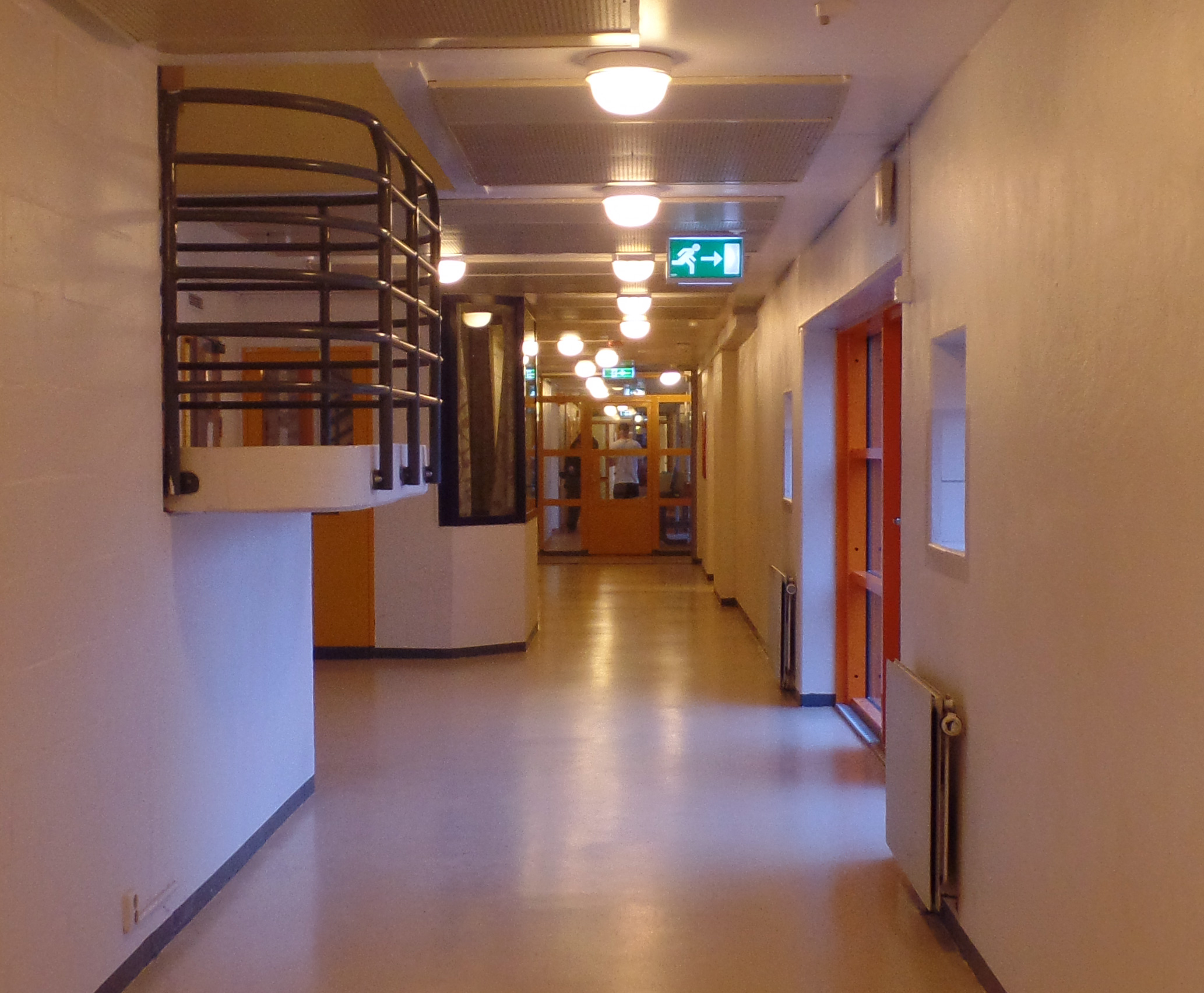 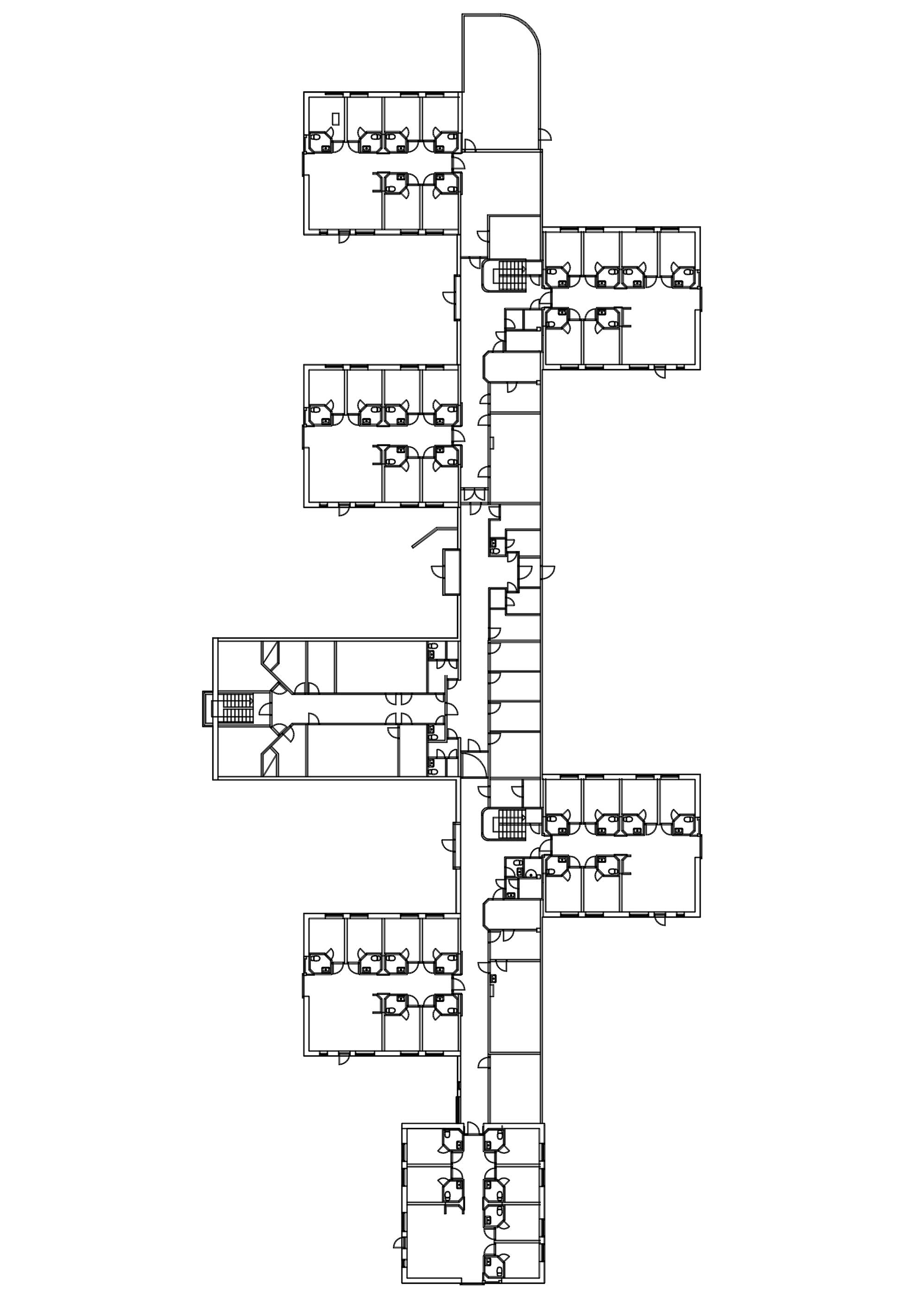 Ullersmo is the only prison where prisoners use tunnels (kulverter) to go from one building to another. They go on their own, monitored by surveillance cameras.
All large prisons have tunnels, but use them for other purposes, like technical work, transporting food and equipment, for staff in emergency situations, or to move prisoners by force. 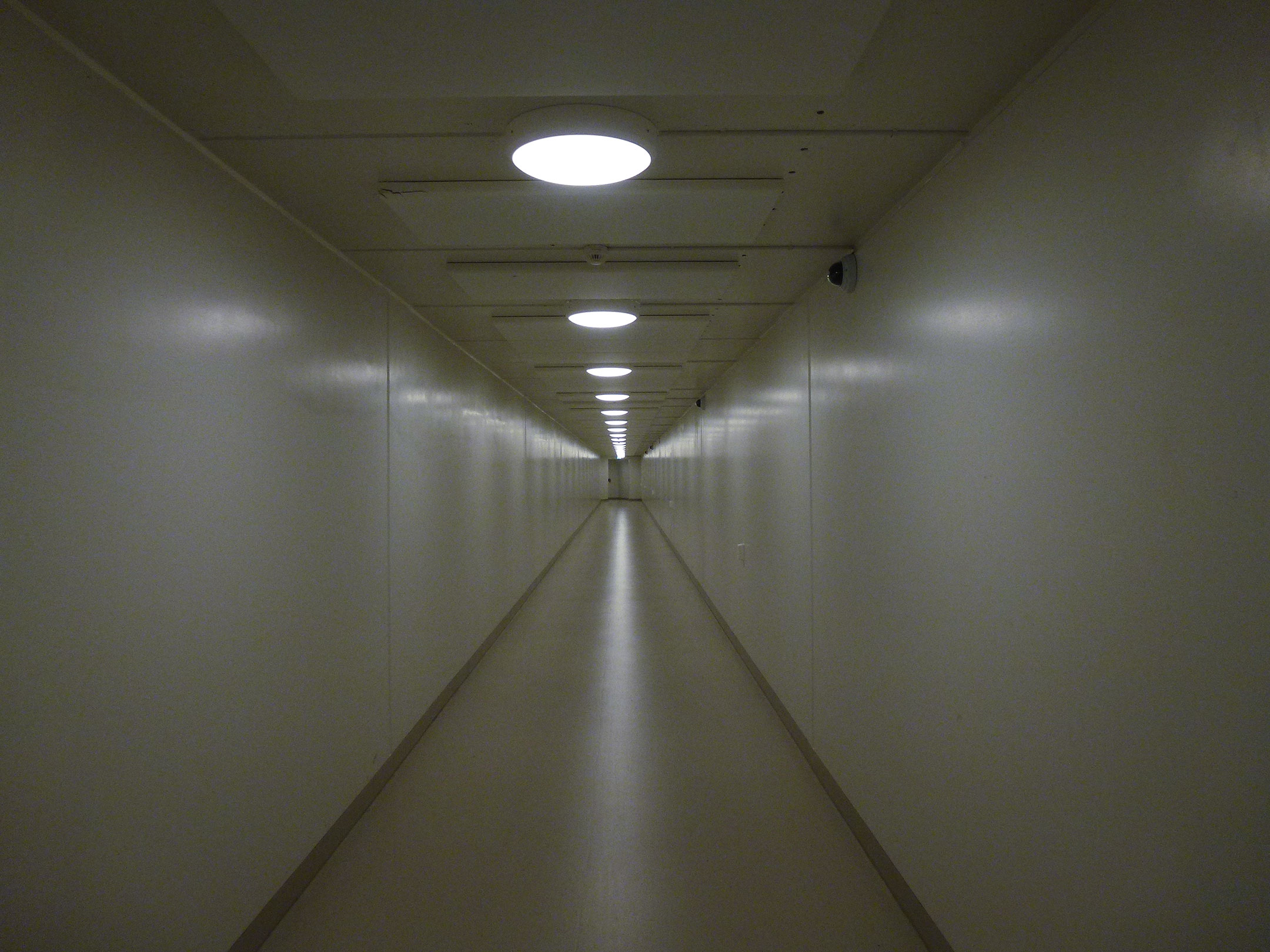 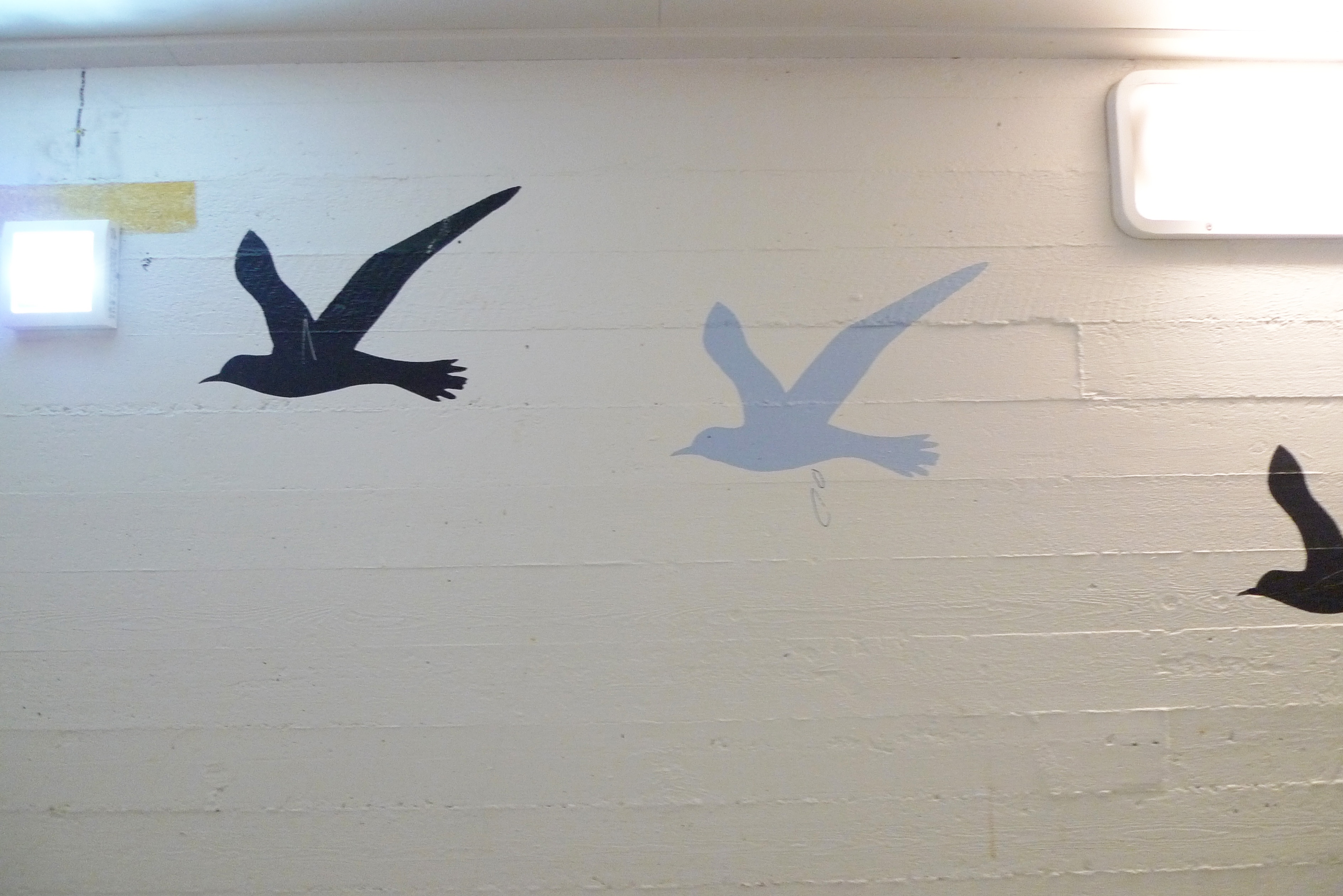 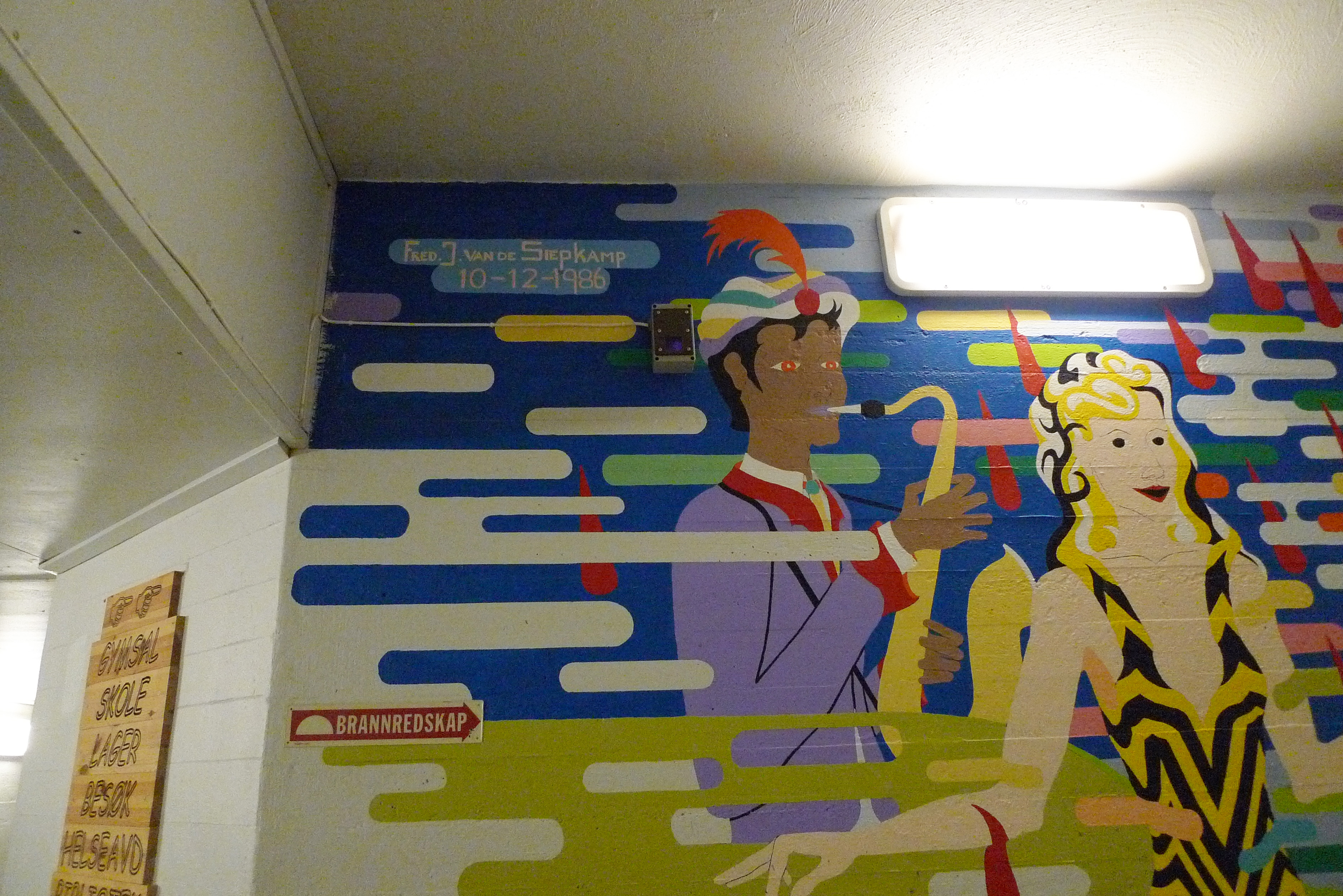 “This is the last bit of freedom, kind of. When I come here now they just
—bzzz!—they buzz me out the door.

It’s so nice to just walk around by yourself, not having these guards with you, by your side, all the time,
with their keys.
This is like a freedom inside.”

In Eidsberg prison, a covered walkway connects the Model 2015-building to the original building. 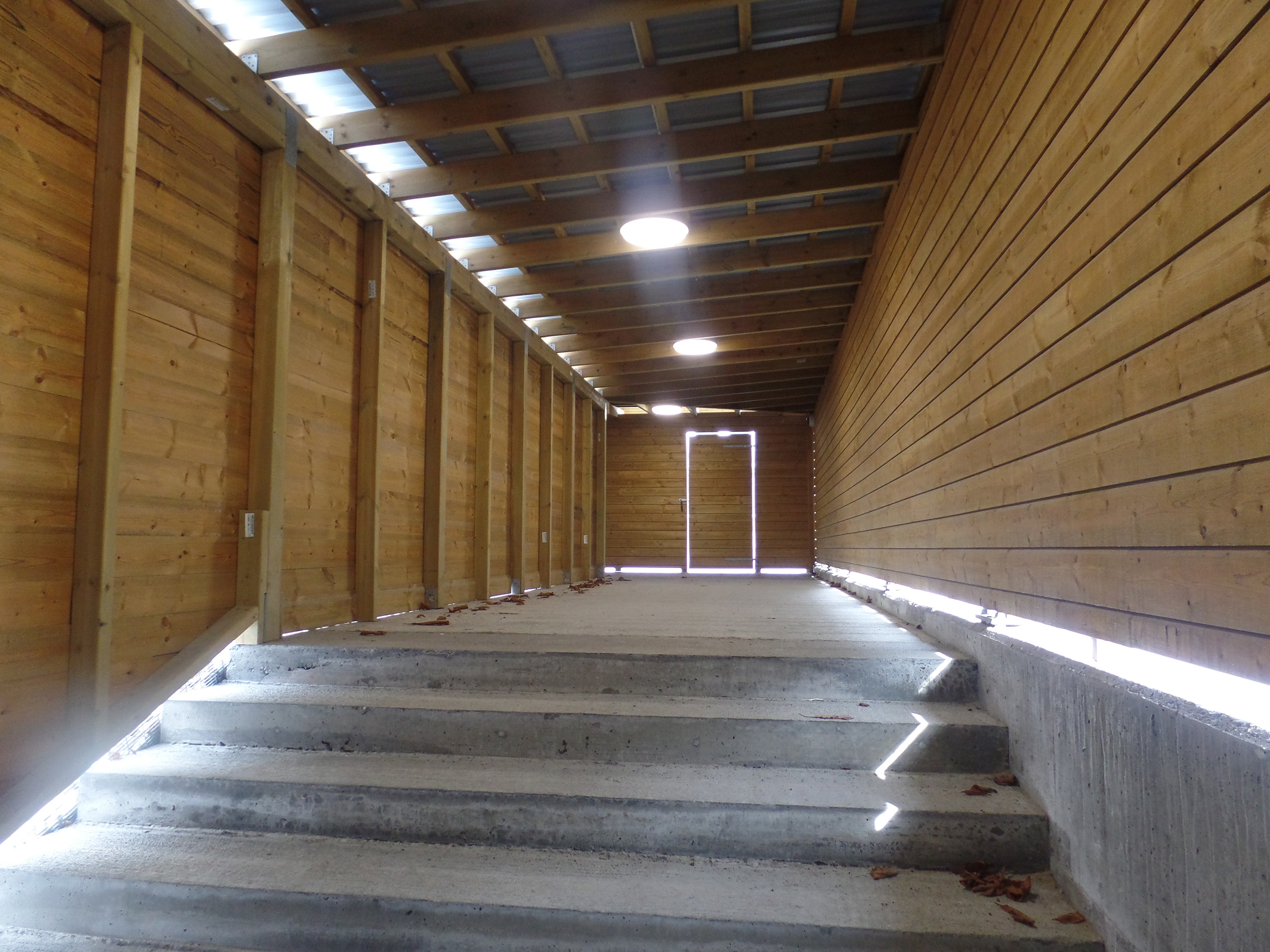 Some prisons have above-ground, outdoor pathways to go from one building to another.
Prisoners may be permitted to use them alone, or followed by a prison officer. 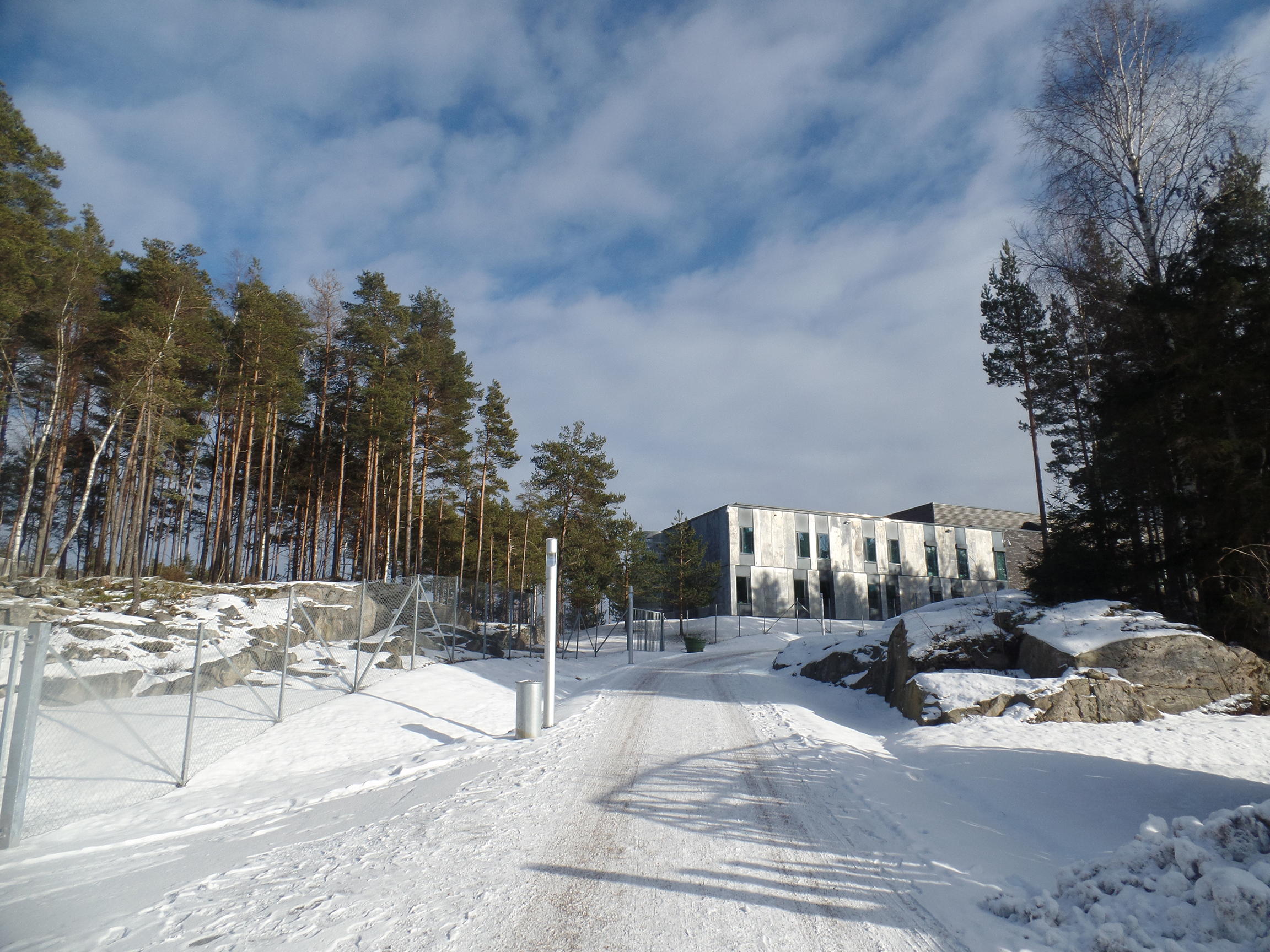 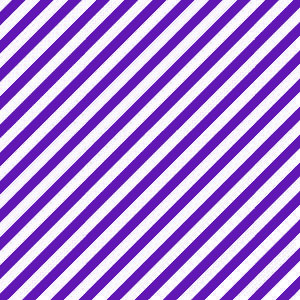 Windows define the light, air and view inside the prison. Views may be of the prison wall, or another prison building. Sometimes the view is of trees inside or outside the wall.

In prisons from the 1850s, windows were small, high up on the wall, with bars, and they could be opened.

Since the 1930s, windows are larger, they still have bars and can be opened. They are set lower on the wall, and allow in more light than the previous ones.
From 1990, the windows are fixed and cannot be opened.

But they allow in little air: only a small part of the window, a narrow ventilation hatch, can be opened; it is covered by a sheet of perforated metal.

Most prisons have a mechanical ventilation system, but it does not always work.

Since 2010, windows have no bars and are bulletproof. This is also the standard of renovated windows in prisons built before 2010.

– “Yes and no. In the beginning, I thought it would matter. But then again, you can’t choose your view. And I’m like, if I can’t do anything about it, I just, like, adapt to the situation.
So I don’t spend that much time thinking about the view.” 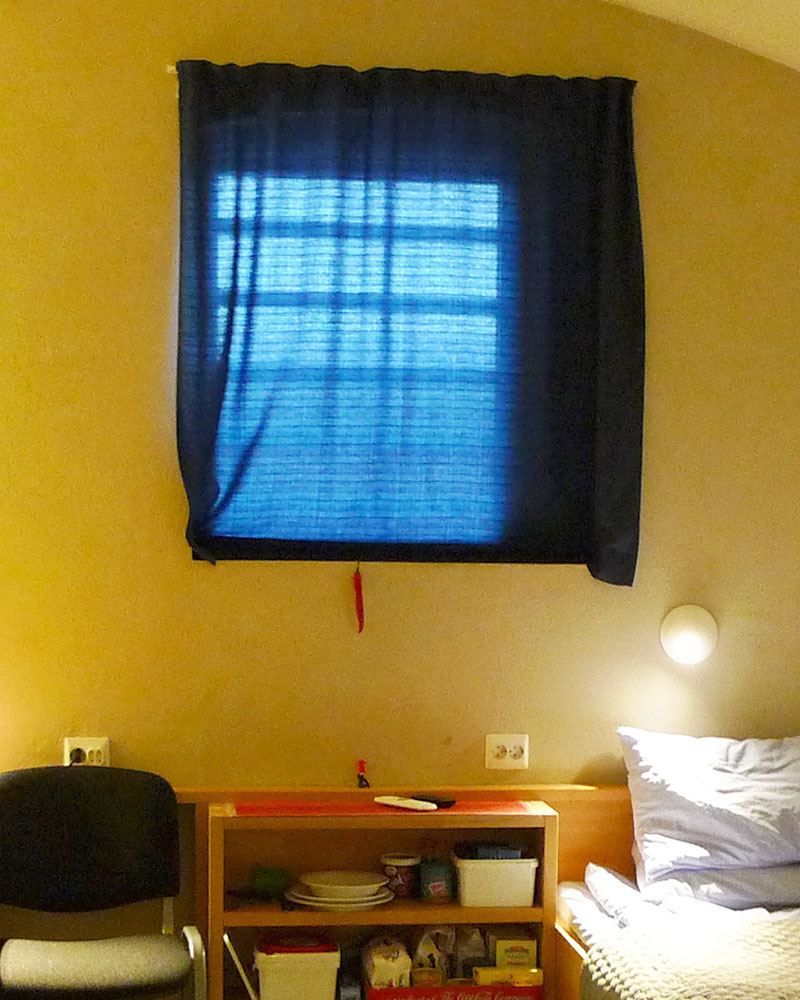 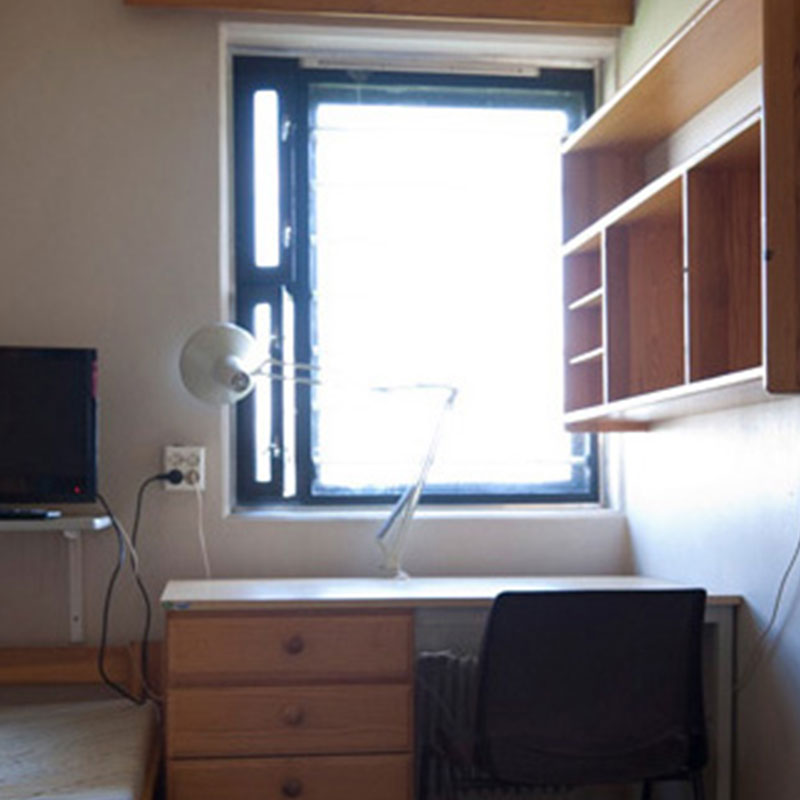 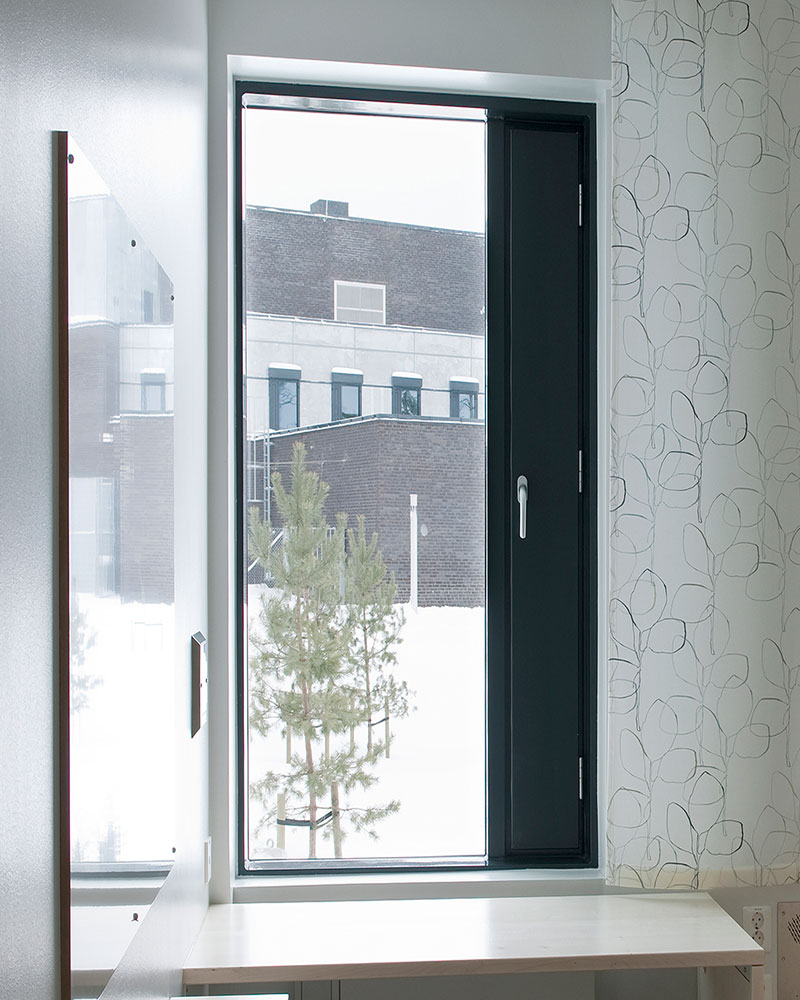 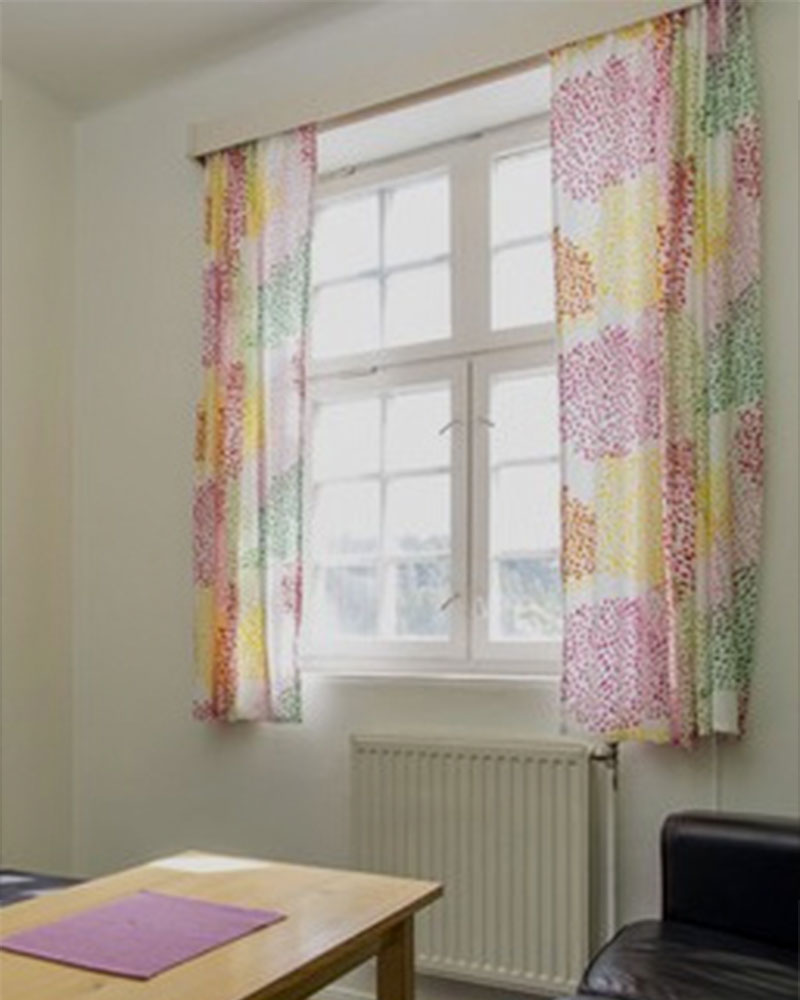 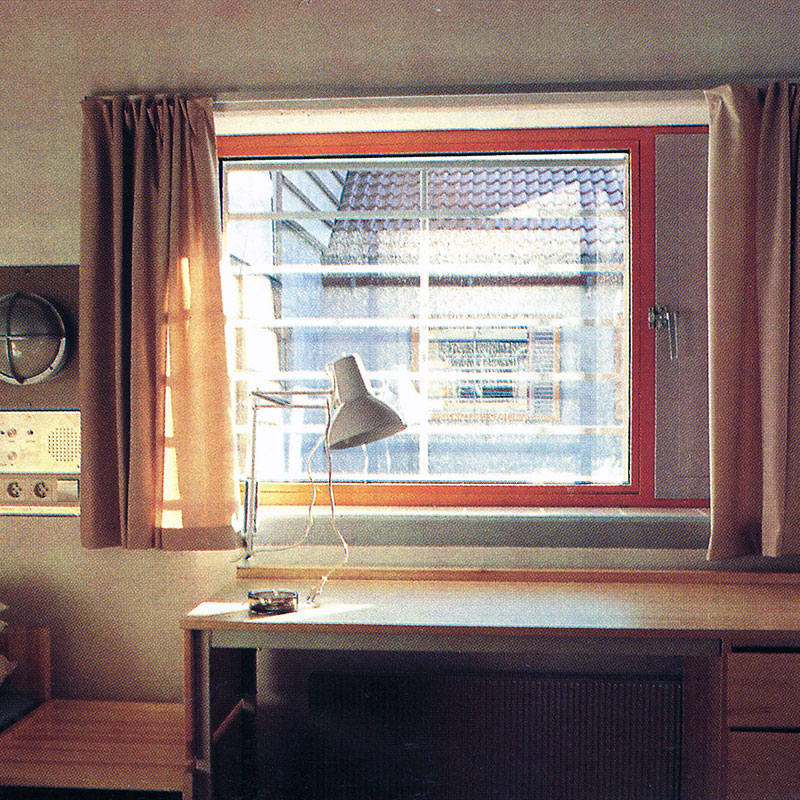 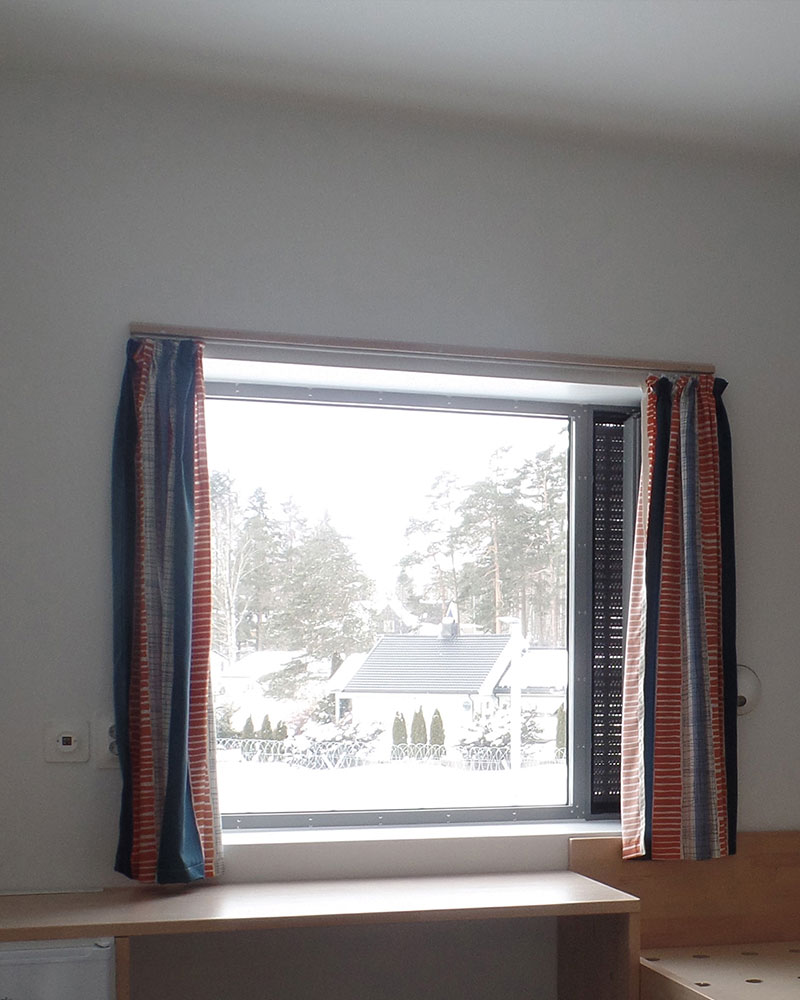