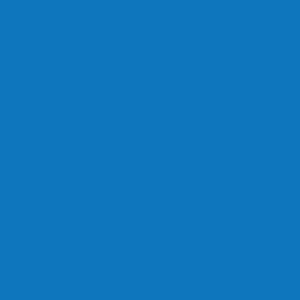 The prison begins with the wall.
The wall can be solid, made of reinforced concrete, or it can be a chain-link fence.
This depends on the security level of the prison. 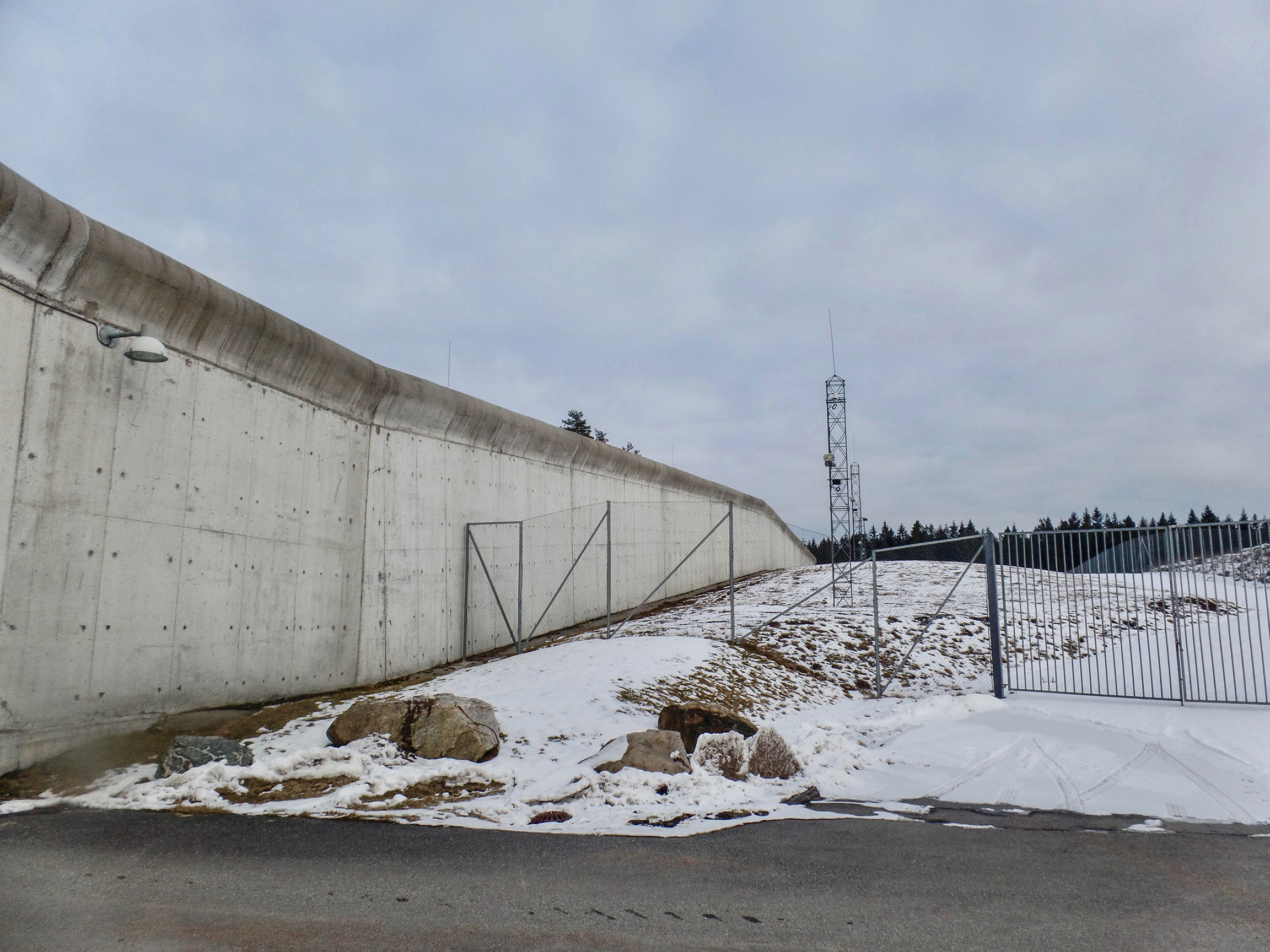 “You only have fences, so you can see some of the trees, and get a little bit more … feeling of …”

“Normality, I would say.”

Thick, concrete walls surround high security category 1 prisons. They are a minimum of 7m high. Some are topped with barbed wire, others with a rounded concrete cap 80cm in diameter. Security cameras monitor the outside of the walls. 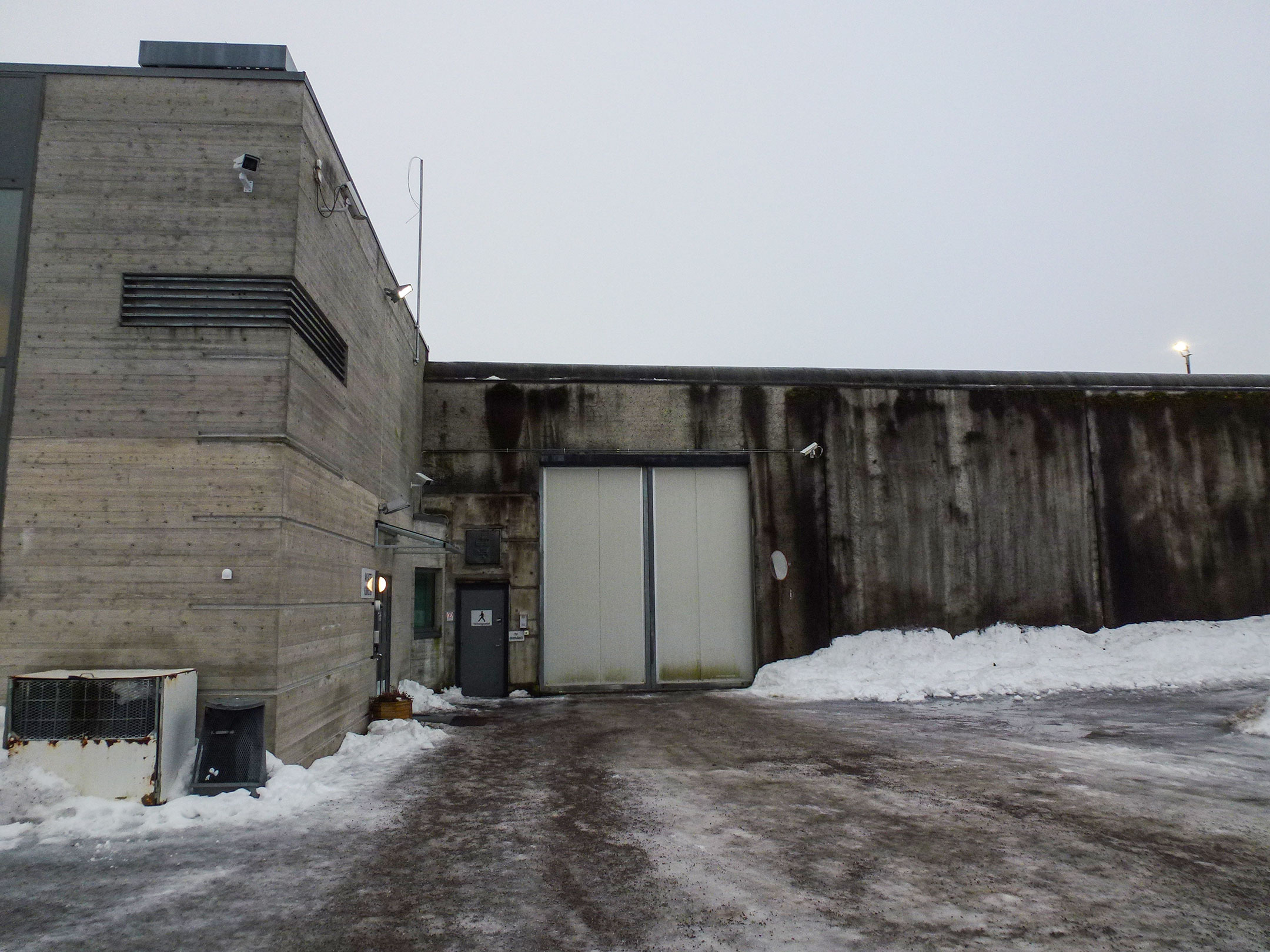 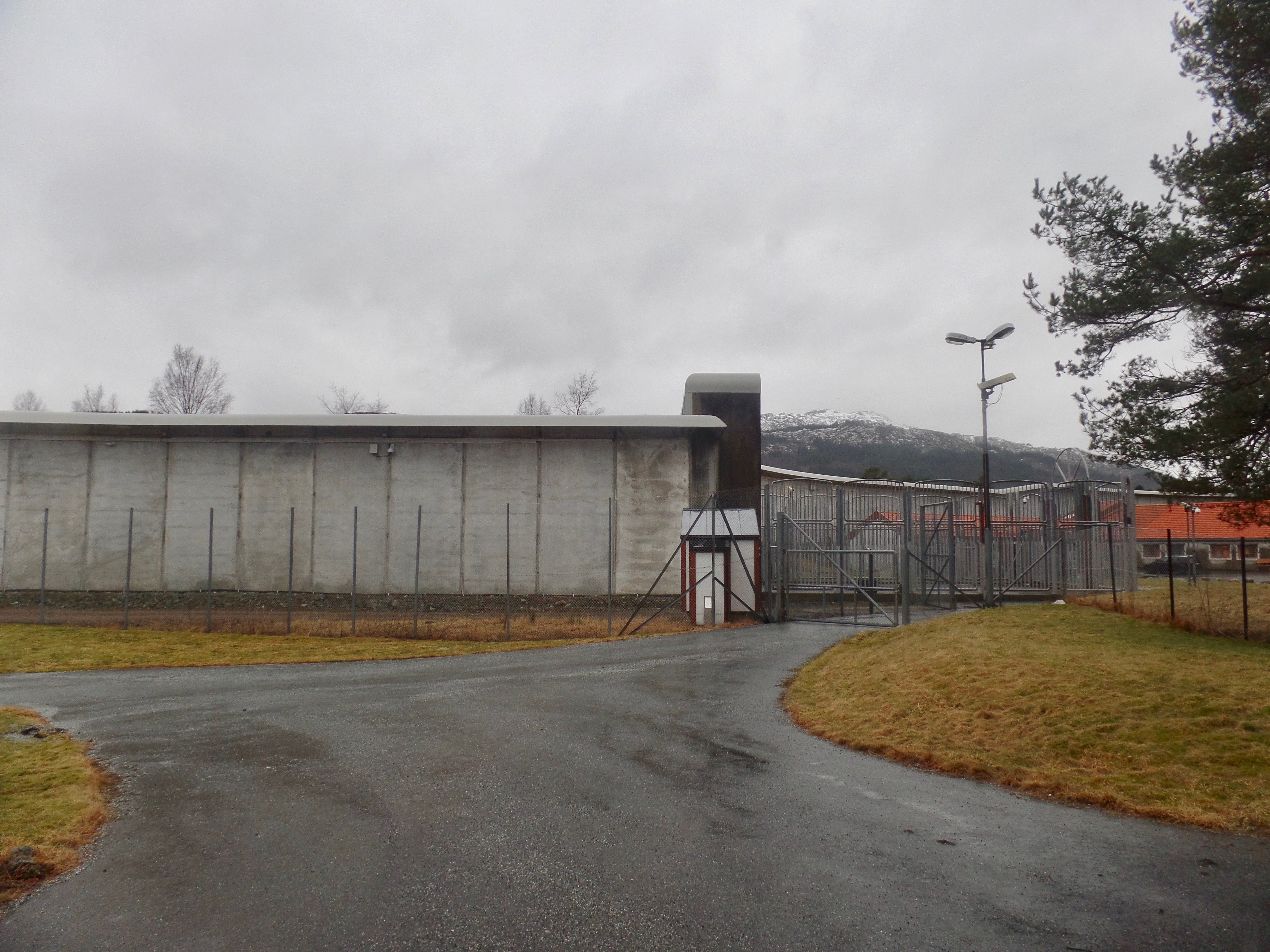 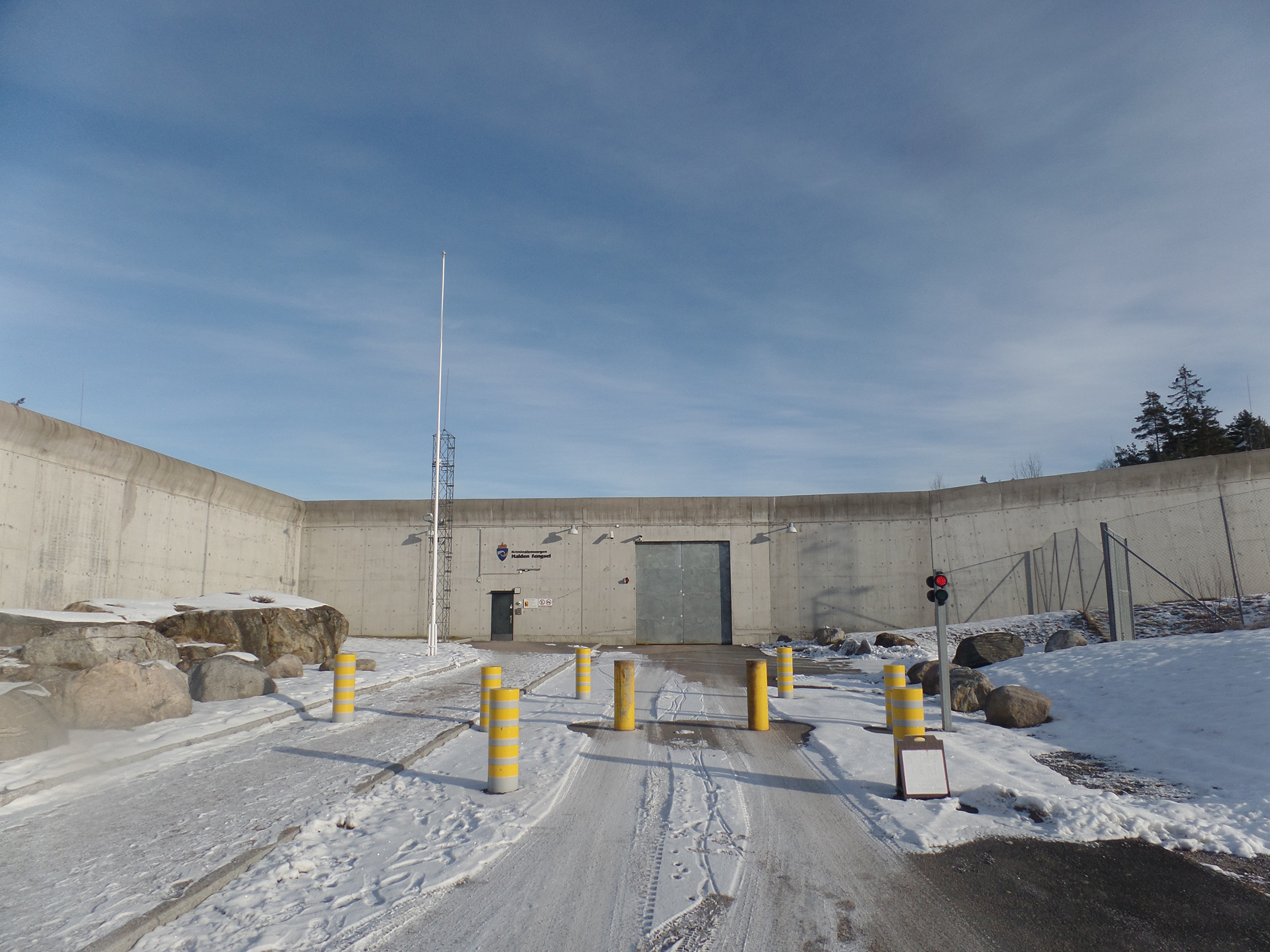 “I see the trees inside the wall. That is nice, this concrete is not so nice, it is cold.”

High security category 2 prisons may have fences. They are made of chain-link and are at minimum 4.5m high. Some are topped with coils of barbed wire.
These fences allow for seeing outside the prison, into the surrounding neighborhood (Hamar, Eidsberg) or into the woods and hills (Ila, Bergen).
They also allow for views from the outside into the prison. 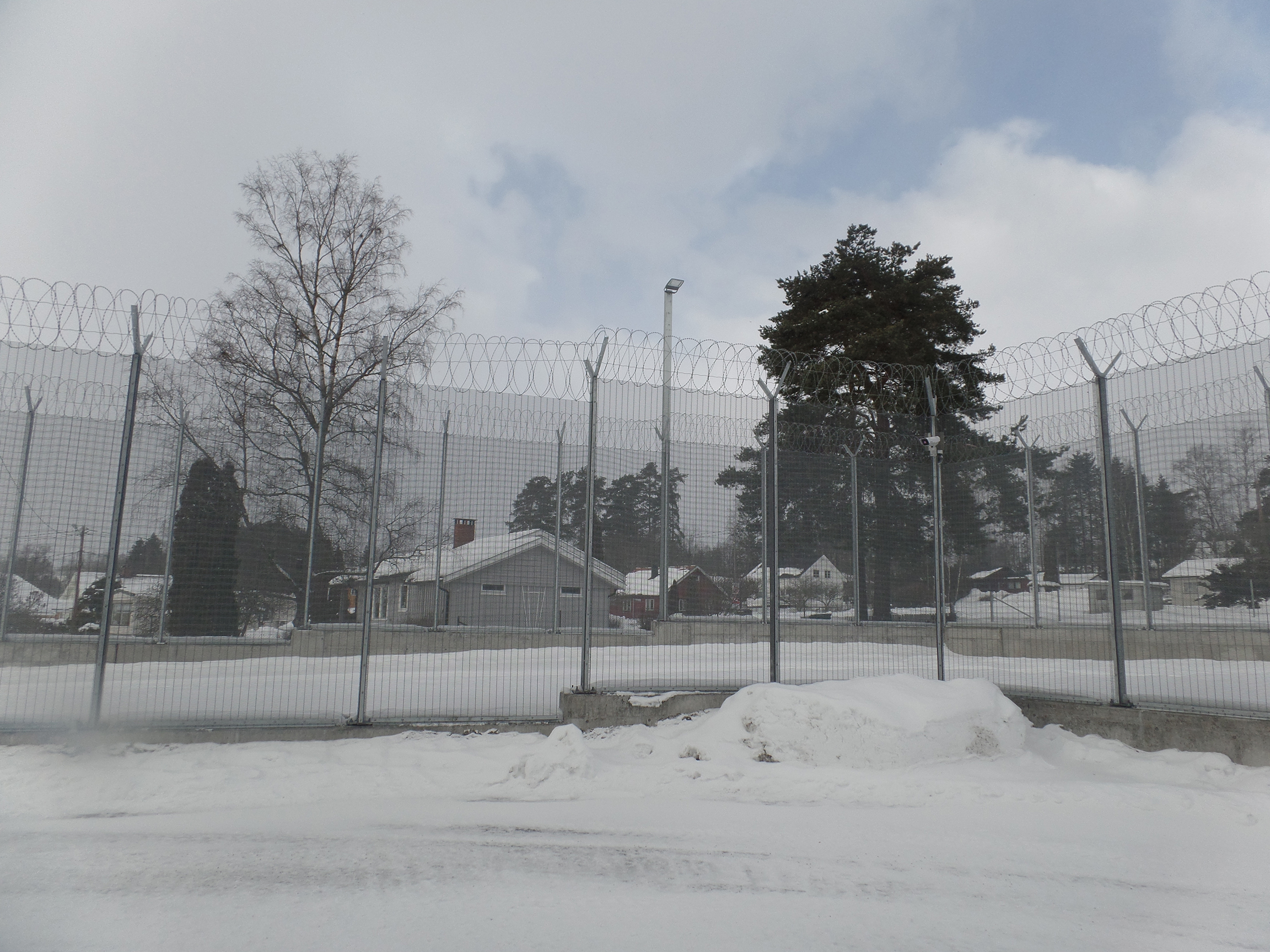 “You have these high walls, so you feel kind of an entrapment in a different way than you do with just fences.
It just does something to your mind, when you can see the outside more clearly.” 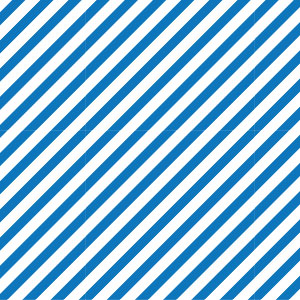 Control and security are the main features of the prison. They fulfill the purpose of punishment, keeping prisoners within the walls, buildings, and cells. Control is a constant part of prisoners’ surroundings.

Control takes various forms. Walls, locks, and camera surveillance constitute what is known as 'static control'. Prisoners’ cells are the only part of the prison not surveyed by cameras, but they are subject to control by prison officers at any time.
‍
Prison officers perform what is known as 'dynamic security' just by being in the unit, and while talking with prisoners.

A large part of the control is directed against drugs, concentrating on three areas: the prisoner’s surroundings, like cells and units; the outside of the prisoner’s body; and the inside of the body, through, for example, urine or blood tests. Health personnel must carry out some of these controls. Some controls take place in special rooms.

“Now they have cameras several places in the unit. So you are watched now in the daytime as long as you are out of the cell.”

Arriving in a prison, prisoners are brought to the Registration room. Here they are registered and most of their belongings are confiscated for storing as long as they stay in the prison. They are offered prison clothes: a red jogging suit, or they may use their own clothes. They are subjected to urine tests and strip-searches. 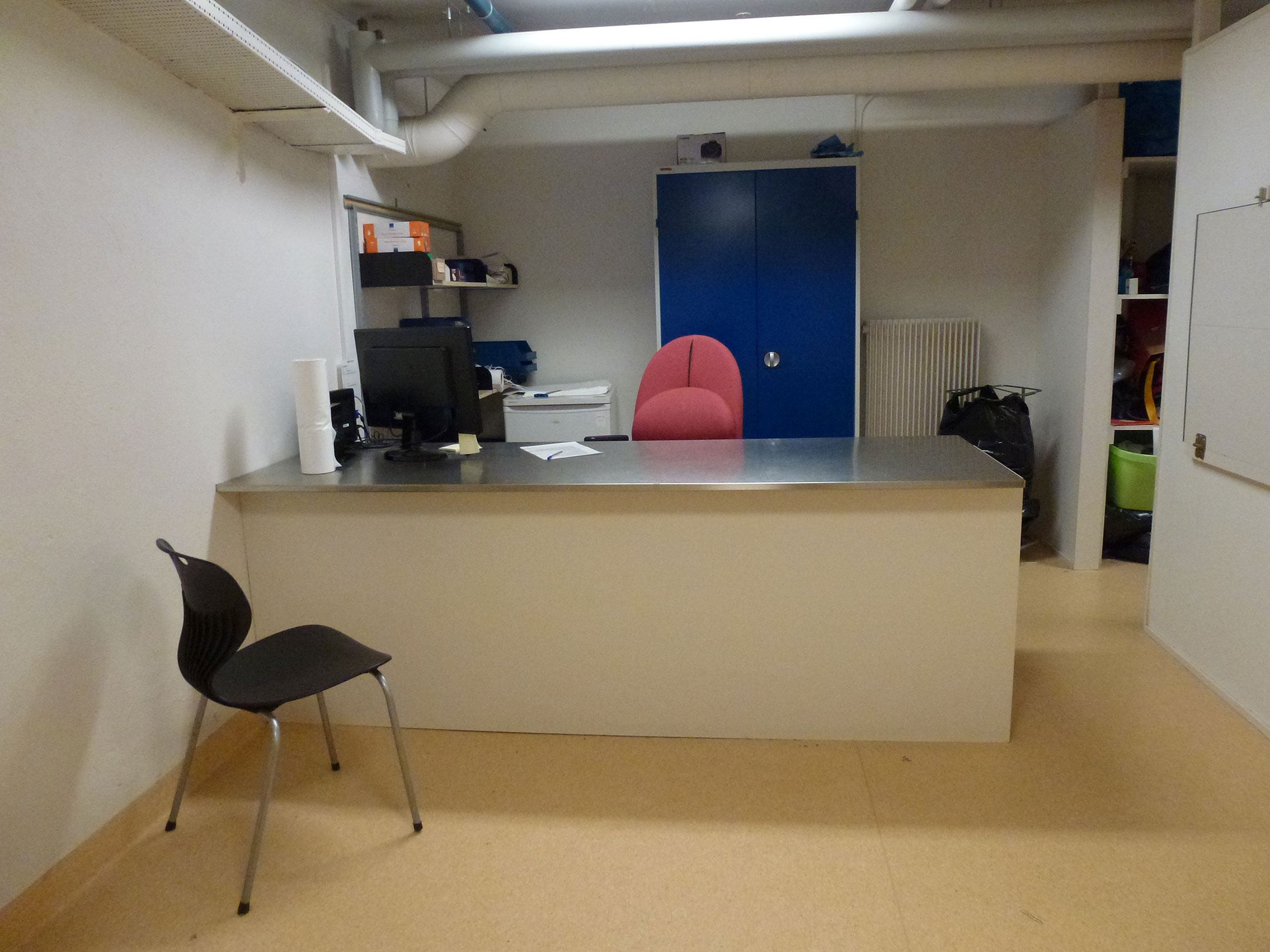 Strip-search (officially Visitasjon) takes place upon arrival in prison, after receiving visits from the outside, and when prisoners have been outside the prison. It is part of “razzia,” when units and cells are searched. Most often, dogs are used in razzia to search for drugs.

Some prisoners often experience strip searches. During strip-searches, prison officers inspect prisoners’ clothes and the outside of their bodies, sometimes telling prisoners to do squats. 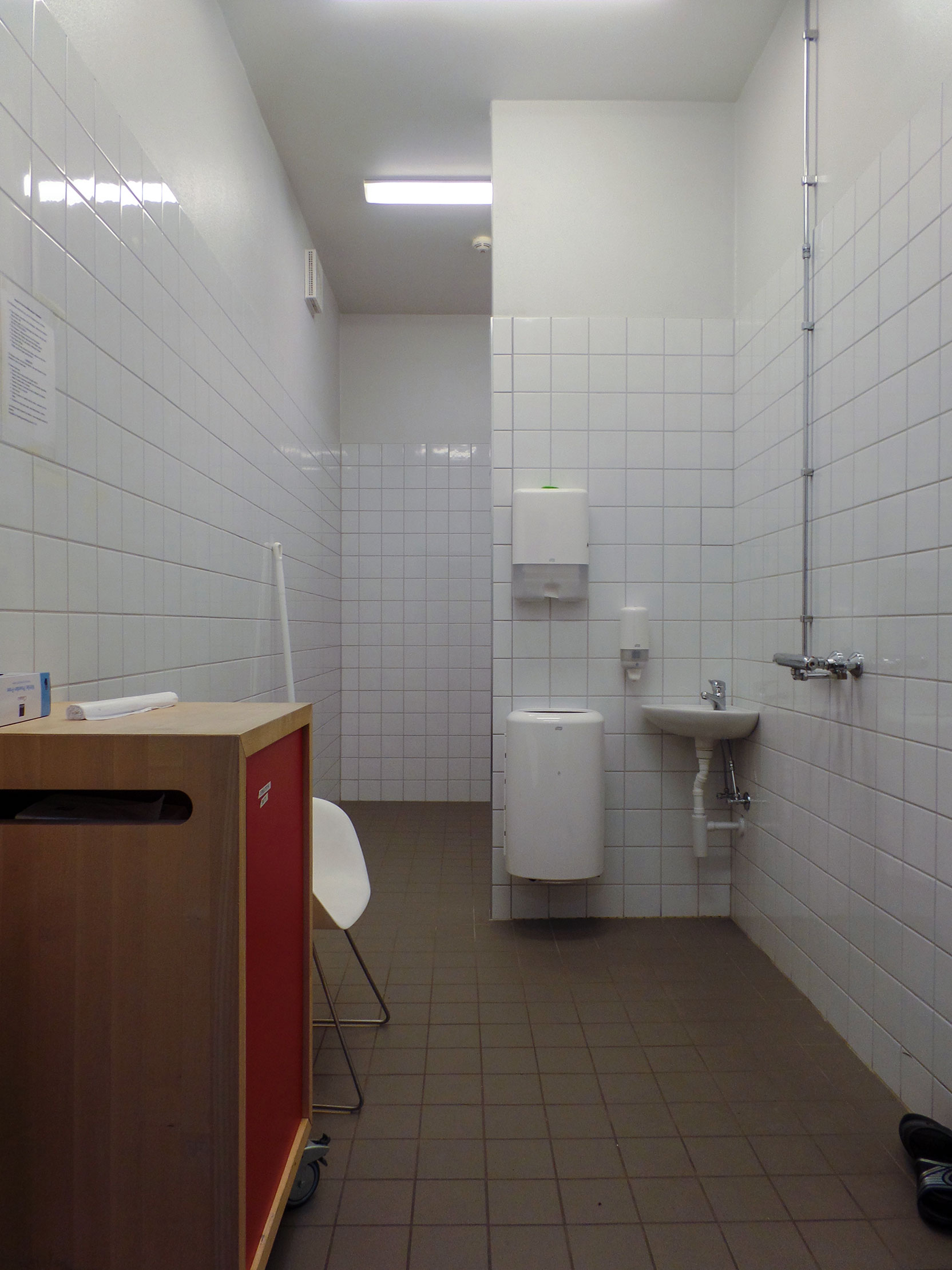 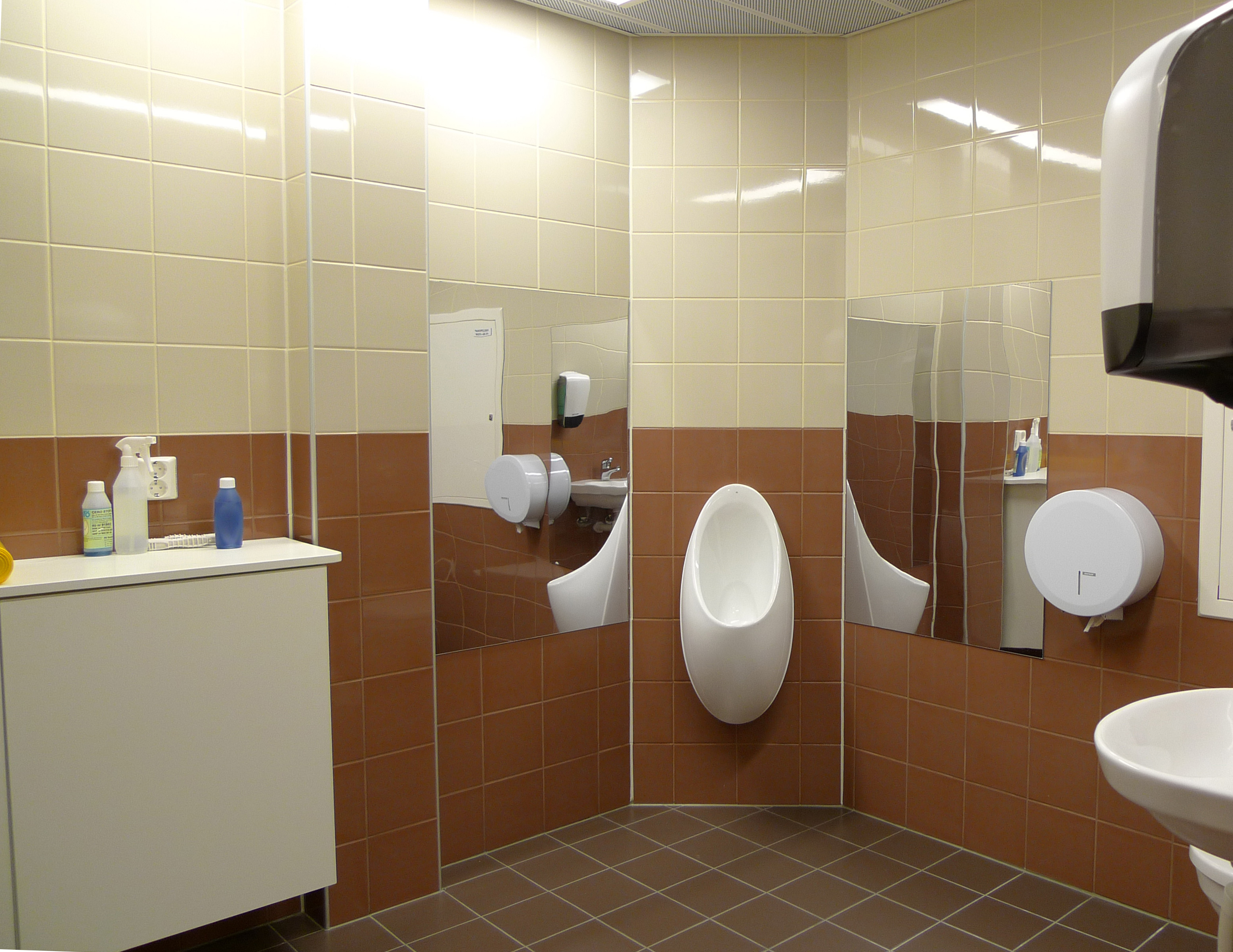 Some prisons have a cell with a 'pacto-toilet', as a part of drug control.
This space contains two rooms divided by a one-way mirror. One room, for the prisoner, contains a mattress pad and the pacto-toilet. The other, for the officers, is for surveillance and investigating prisoners’ feces with special equipment.
Prisoners may be isolated here for up to three days. These cells are rarely used. 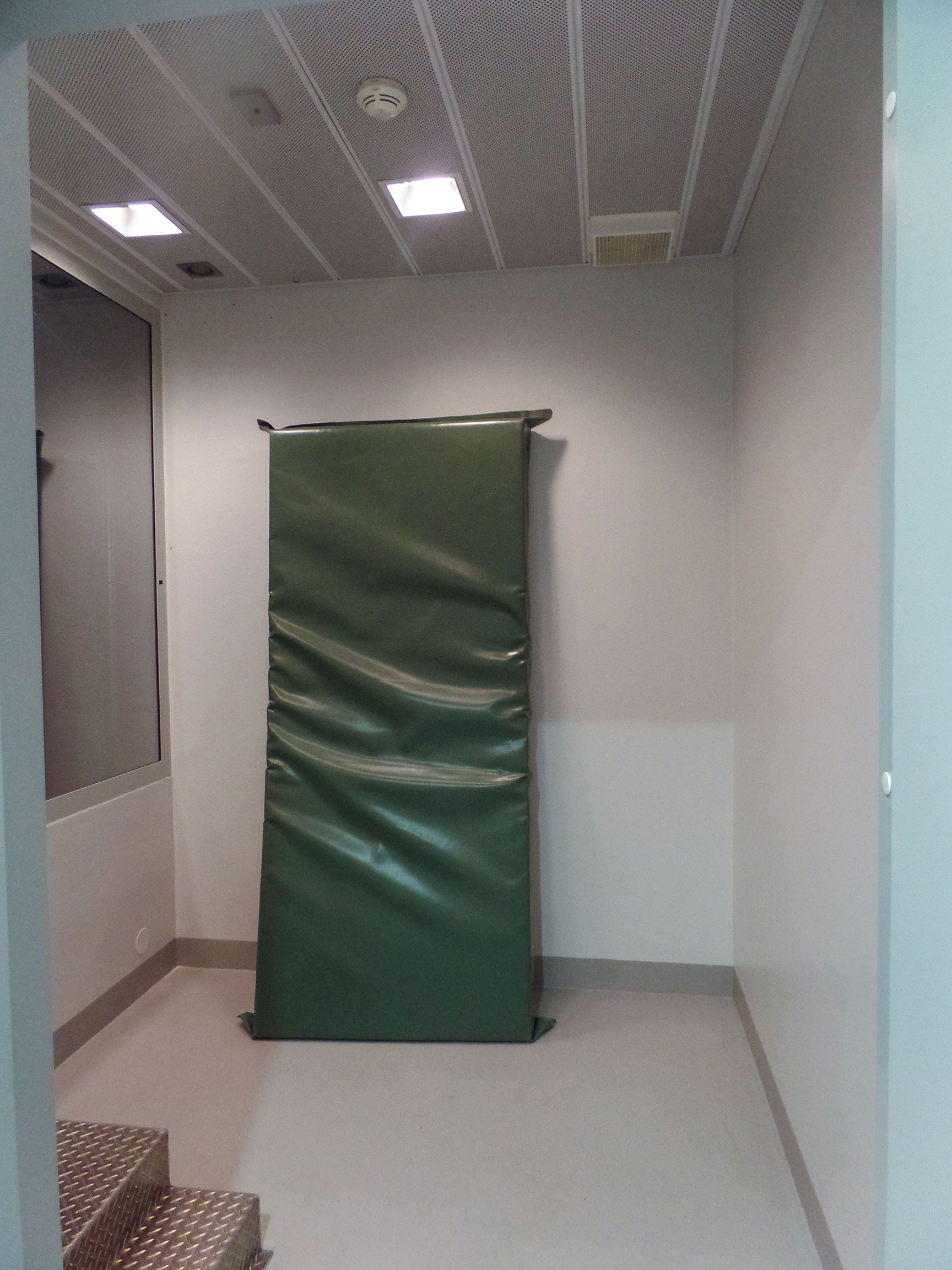 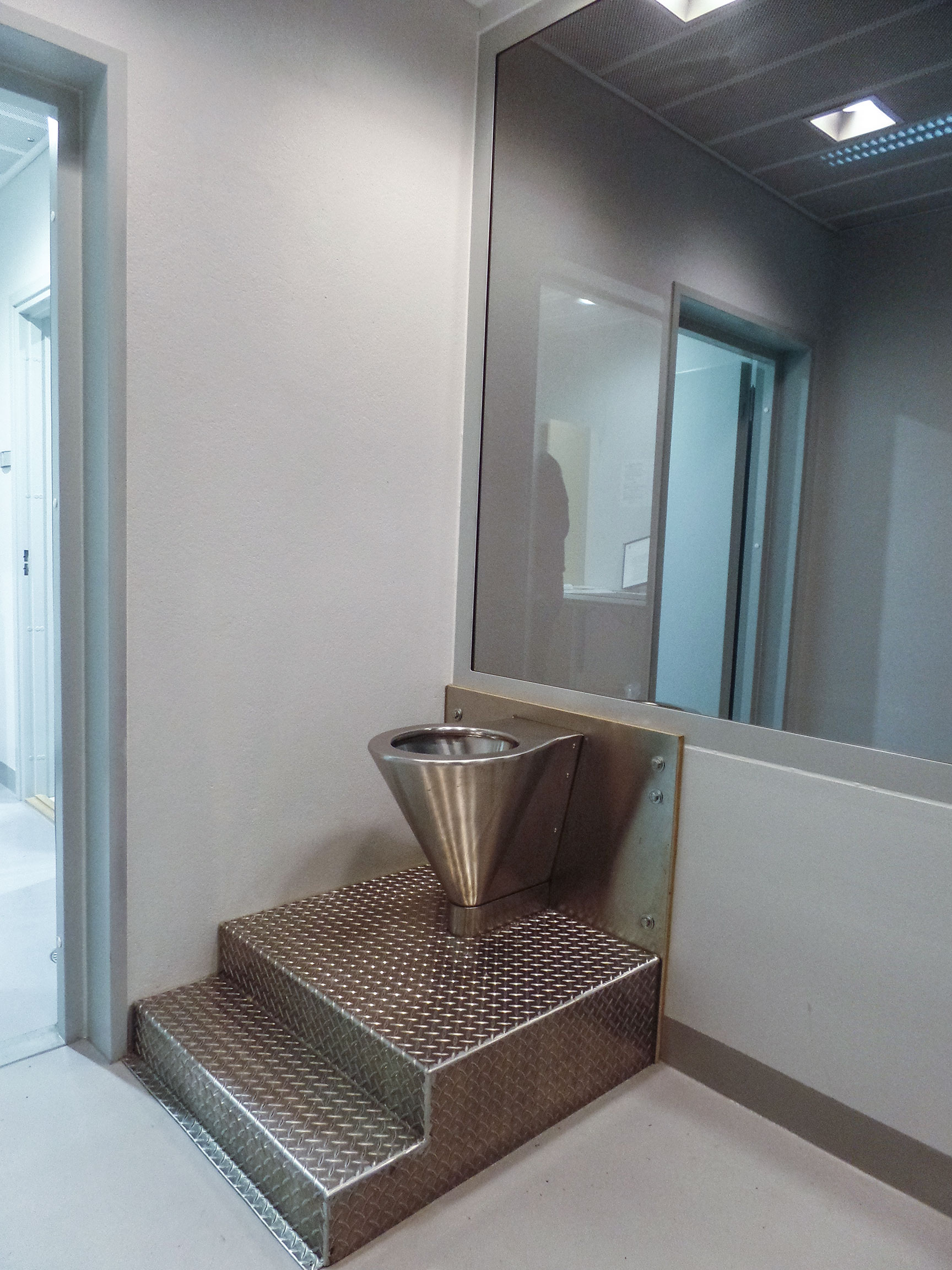 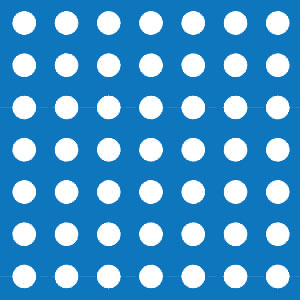 Every unit has a guard station. Some overlook two units, while in Model 2015, the station overlooks four. Guard stations usually contain cameras, computers, and screens for surveillance. During the day, there is always one officer in the station. Usually, officers are also in the units. Prisoners are not allowed inside the guard stations.

Some stations are small, and imply that prison officers should be out in the unit with prisoners. This does not always happen.

There are two traditions in prisons, one of distance between prisoners and officers, and the other of contact and interaction. The first one upholds clear lines about prison roles and situations, where interaction may be perceived as snitching (tysting), sometimes with exceptions for a few officers. The other tradition brings parts of prisoner-officer interactions closer to usual social relations, when sharing small talk, jokes, and respect. 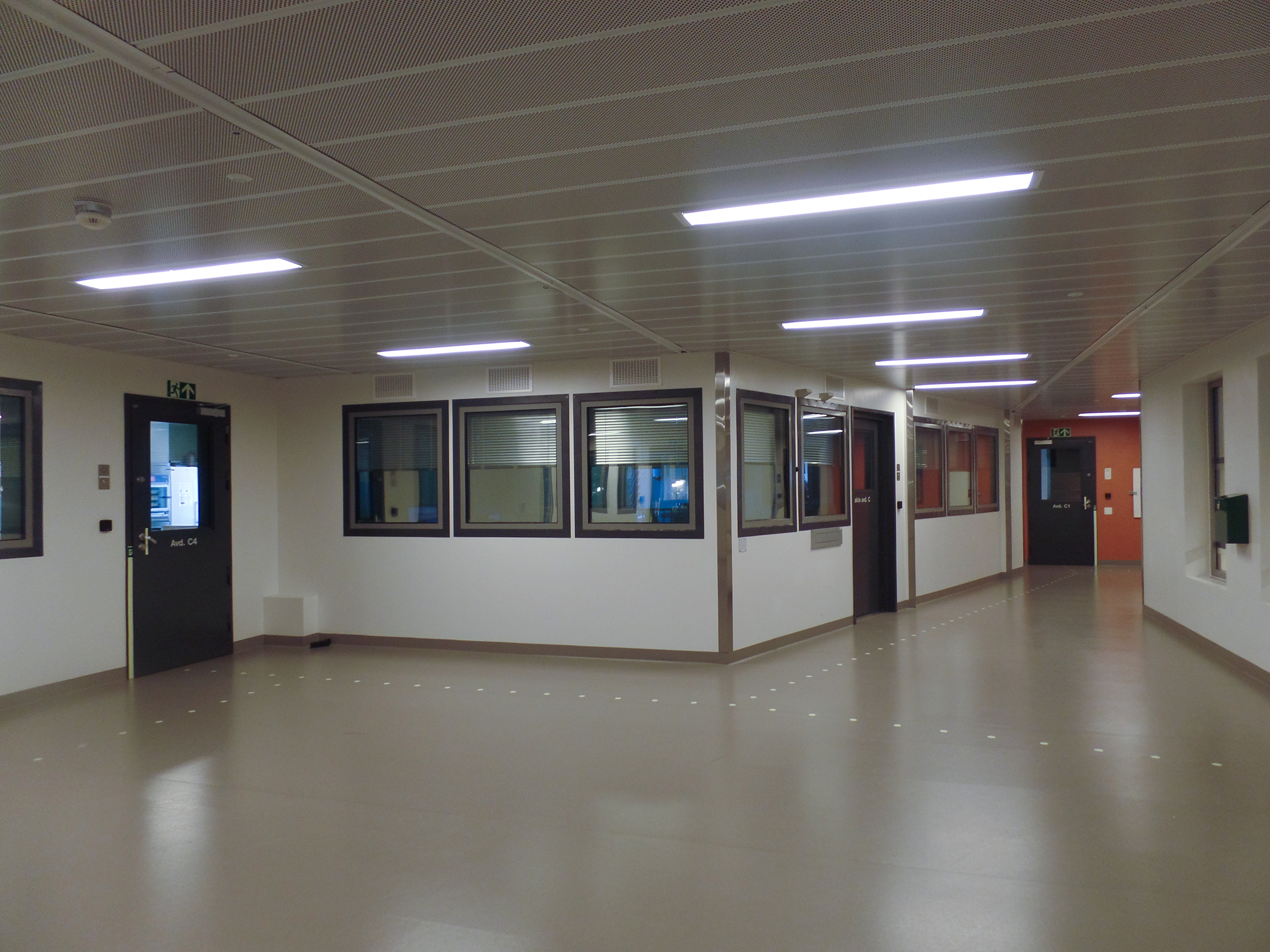 “Nobody wants the guards in the living room. Normally we just tell them: ‘Go back in your cage, we don’t want you here.’
There is zero tolerance.
They are the enemy, so to speak. ”

In Bergen, most guard stations are not attached to the units. This means that officers ought to be in the unit when cell doors are open. Building M is different and covers 2 units, each of 16 cells, and has one guard station. In some units in Bergen and some other prisons, there are traditions of interaction between prisoners and officers. 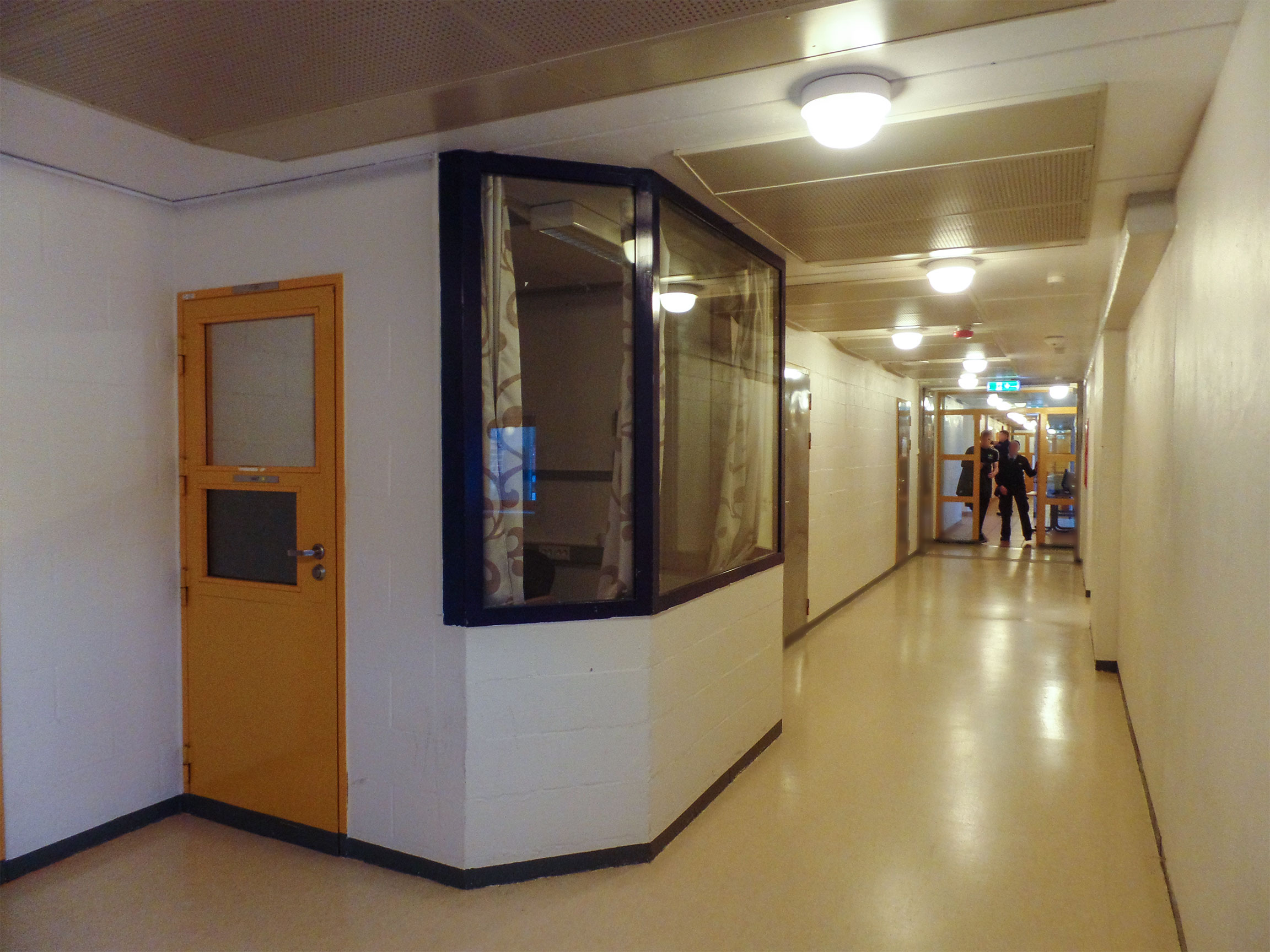 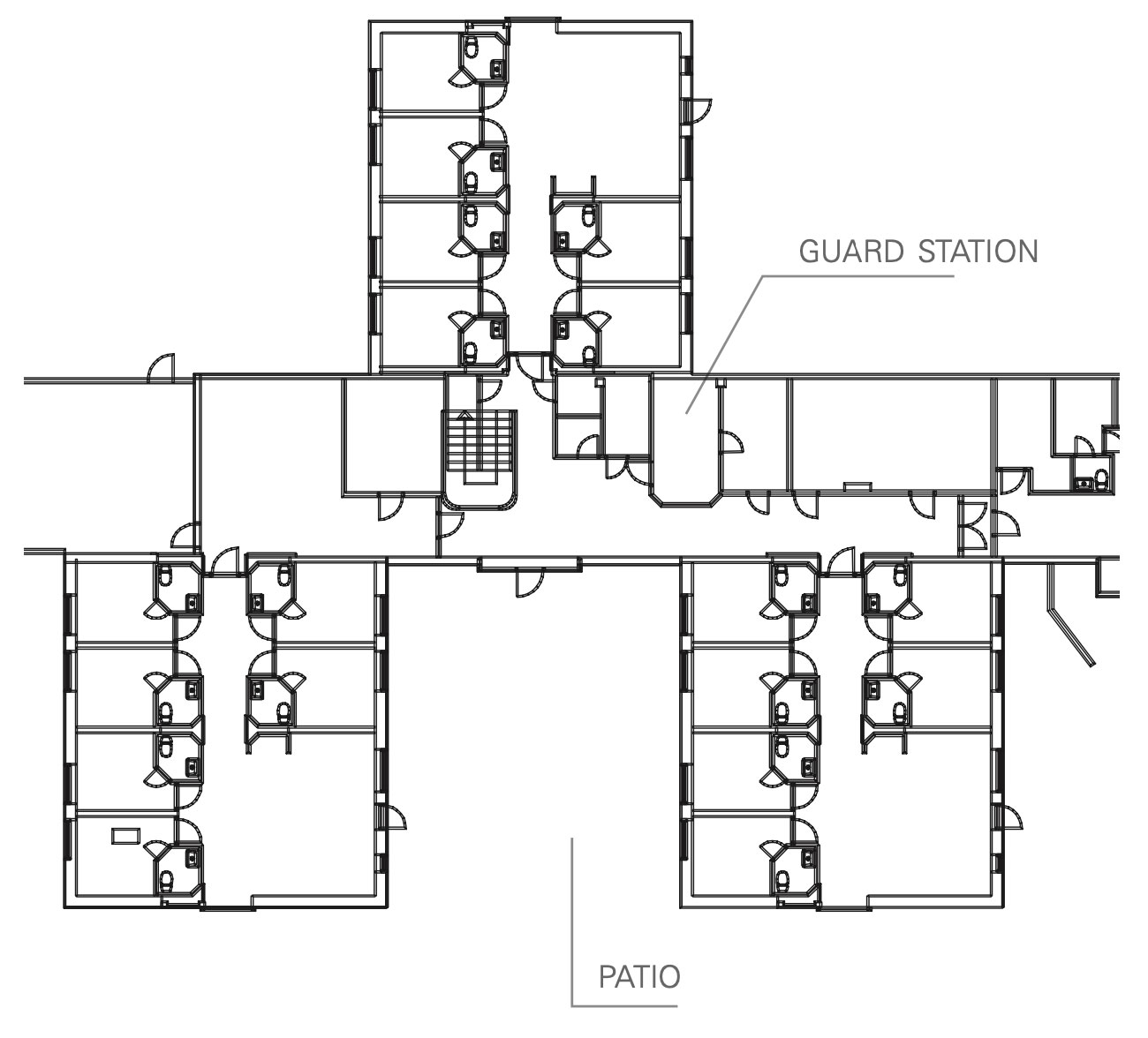 “The guards, they are supposed to sit down when it is dinner and eat with us. I think that is good, because it, like, normalizes things.
So we are then just like a bunch of people eating dinner together.” 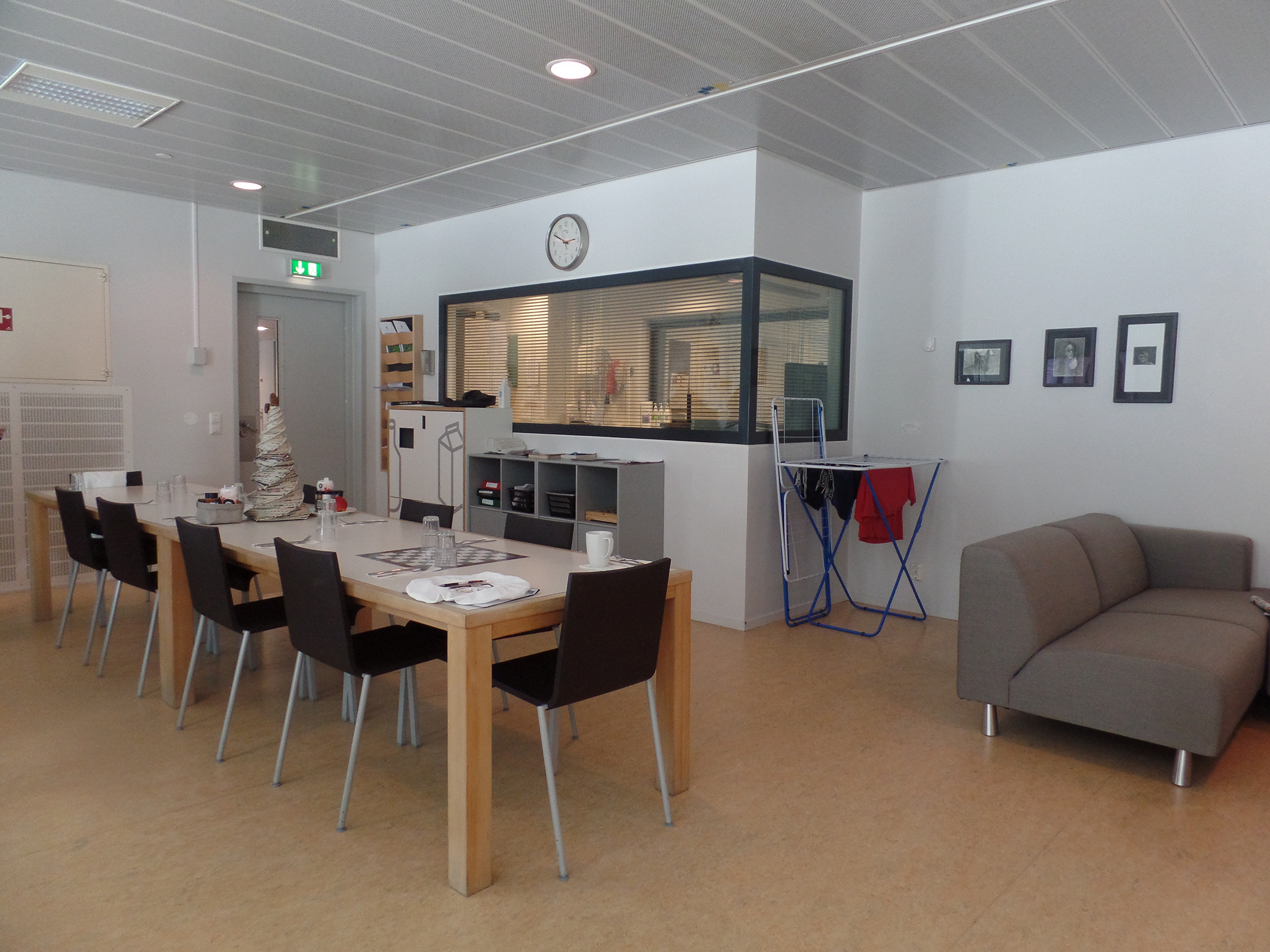 “Here it’s nice, the guards keep for themselves.
But you know which guard, if you want something done, you ask him.
They keep to themselves, but it’s still a friendly tone, mostly.” 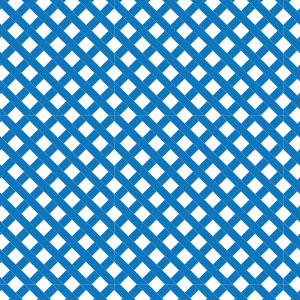 From the 1850s, isolation was the principle of prisons. A hundred years later, the principle of community replaced isolation. Even so, prisons still use isolation, in spite of an increasing knowledge of its destructive effects. Today, isolation is based in other judicial and political rationales, but has the same effects. Isolation is one of the most brutal practices in today’s Norwegian prisons, and since the 1990s have repeatedly been criticized by national and international agencies.

Isolation takes place in regular cells and units as part of daily routines, in special cells and units, and is part of the ‘coercive measures.’ It can be part-time or full-time. Prison authorities should provide a legal basis for isolation, but sometimes they do not. Some prisoners isolate themselves in the cell. 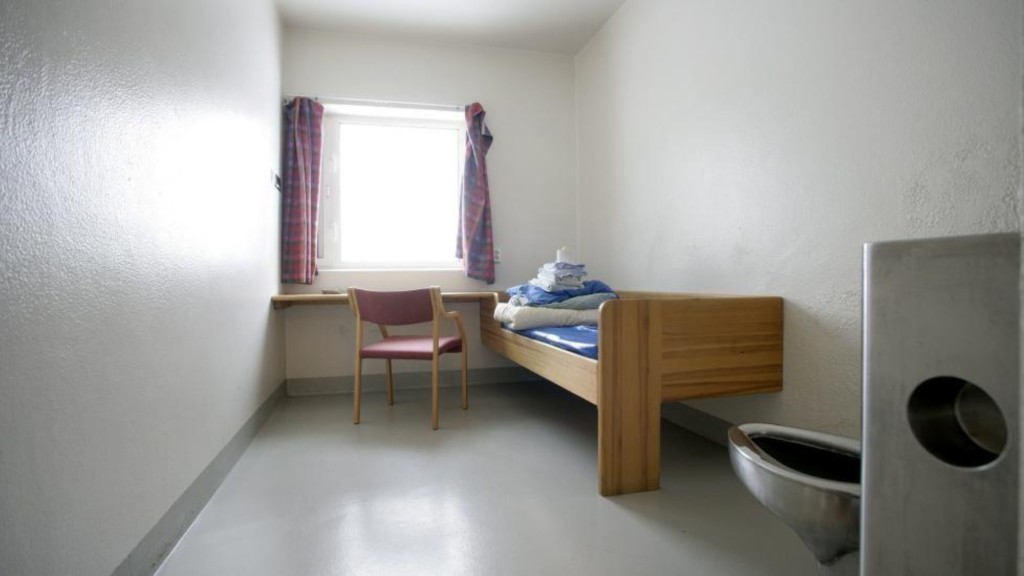 “This isolation block in [Prison] – yeah, well, it is hard to explain. It has got to be experienced, I think.
This is not a place you want to be.”

Prisoners in custody are usually kept in isolation units. The court decides on this isolation, and prison authorities are responsible for their conditions.
On arrival, prisoners can be placed in isolation units while waiting for an ordinary cell. Custody cells look like ordinary cells.
Prison officers may take prisoners out of the cell for activities like training or ball games. All prisoners on full-time isolation may leave the cell for one hour per day, for outdoor time (lufting) on their own. 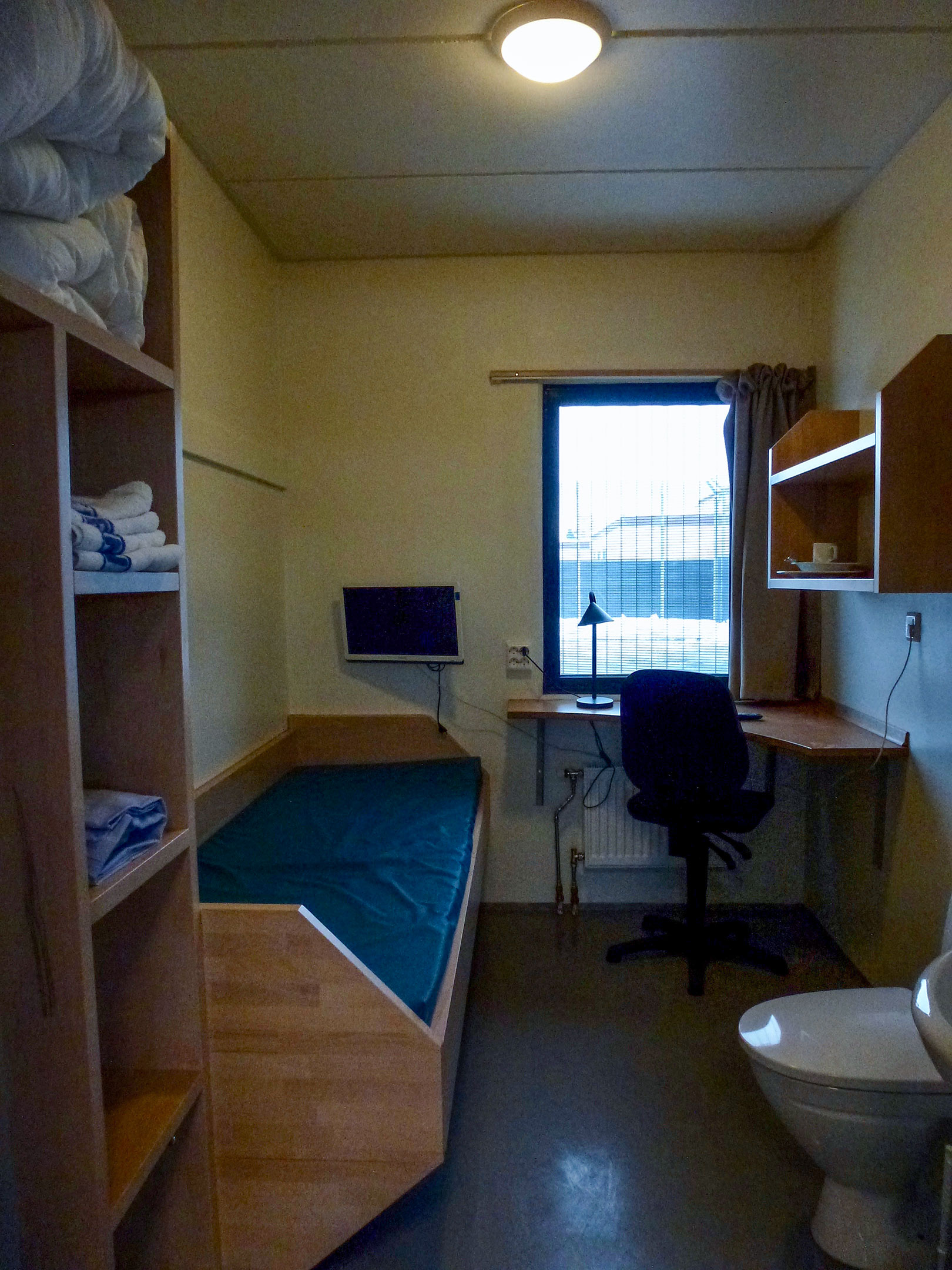 “If you are in custody, then it is good not to have toilet in your cell. Because then you have to call and say: ‘Can I go?’ And then you have some human contact.”

Some prisons have special isolation cells, with minimal and often metal furnishings, nailed to the floor or wall. The legal basis for isolation is to prevent unrest, danger to people or surroundings, and to keep order. It can last up to one year, and after a break, it an be prolonged.
Prisoners can be isolated when found guilty in violating law and rules, for a period up to 20 days.
Just recently, statistics on isolation have been made public, showing a total of 5,000 weeks of isolation in 2017. In 2019, an average of 429 isolations per month were implemented, of which, around 3/4 were total isolation. Today, prison authorities consider isolation a serious problem and will reduce the use of it. 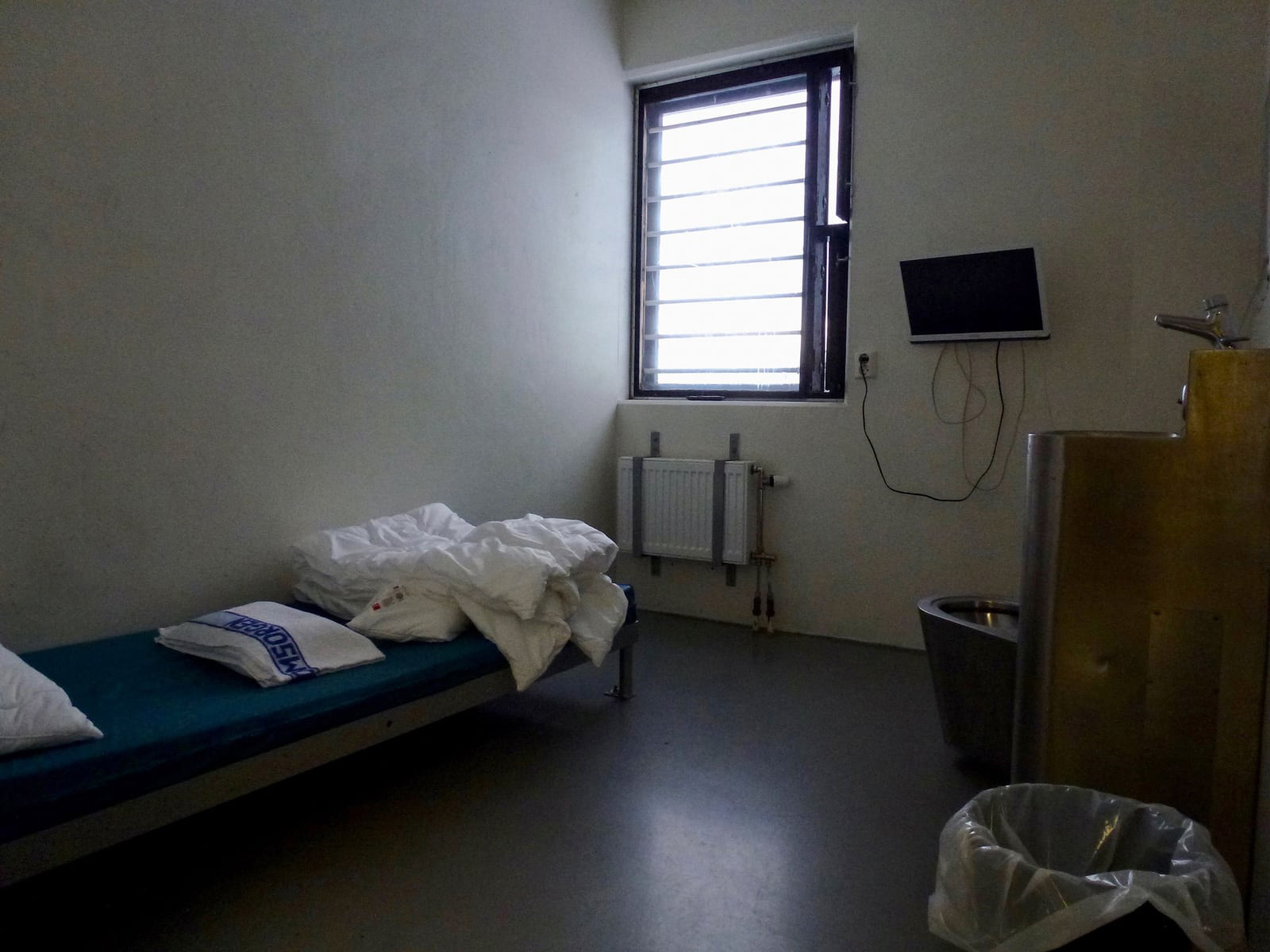 “There are sitting people in isolation for many months. They have drug problems, ADHD. They are locked up for 23 hours a day. They go crazy.
Everybody would do that. ‘If you treat me like a dog, I become a dog.’”
‍

- "What do you think about the noise?"

"You get used to it.… So, I’ve been to other, ah! —I spent in [Prison] in avdeling X three and half years, I never saw one other prisoner, I didn’t hear one sound. I think this is worse.
And [all] by yourself."

The security cell (sikkerhetscelle) is formally a ‘coercive measure’, to prevent what is seen a serious threat to the surroundings or risk of self harm. It should last no more than three days, can be prolonged, and is always full-time. 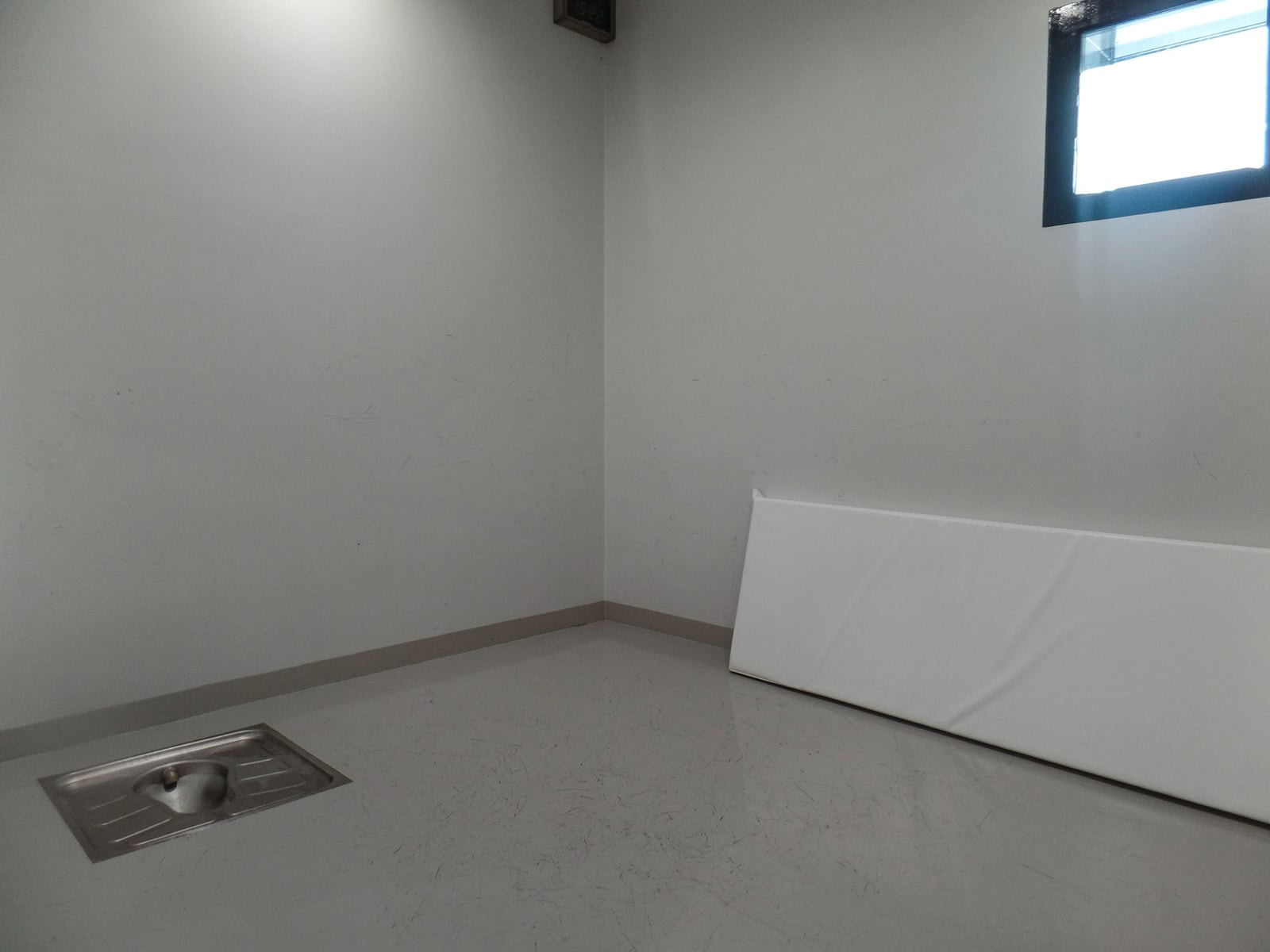 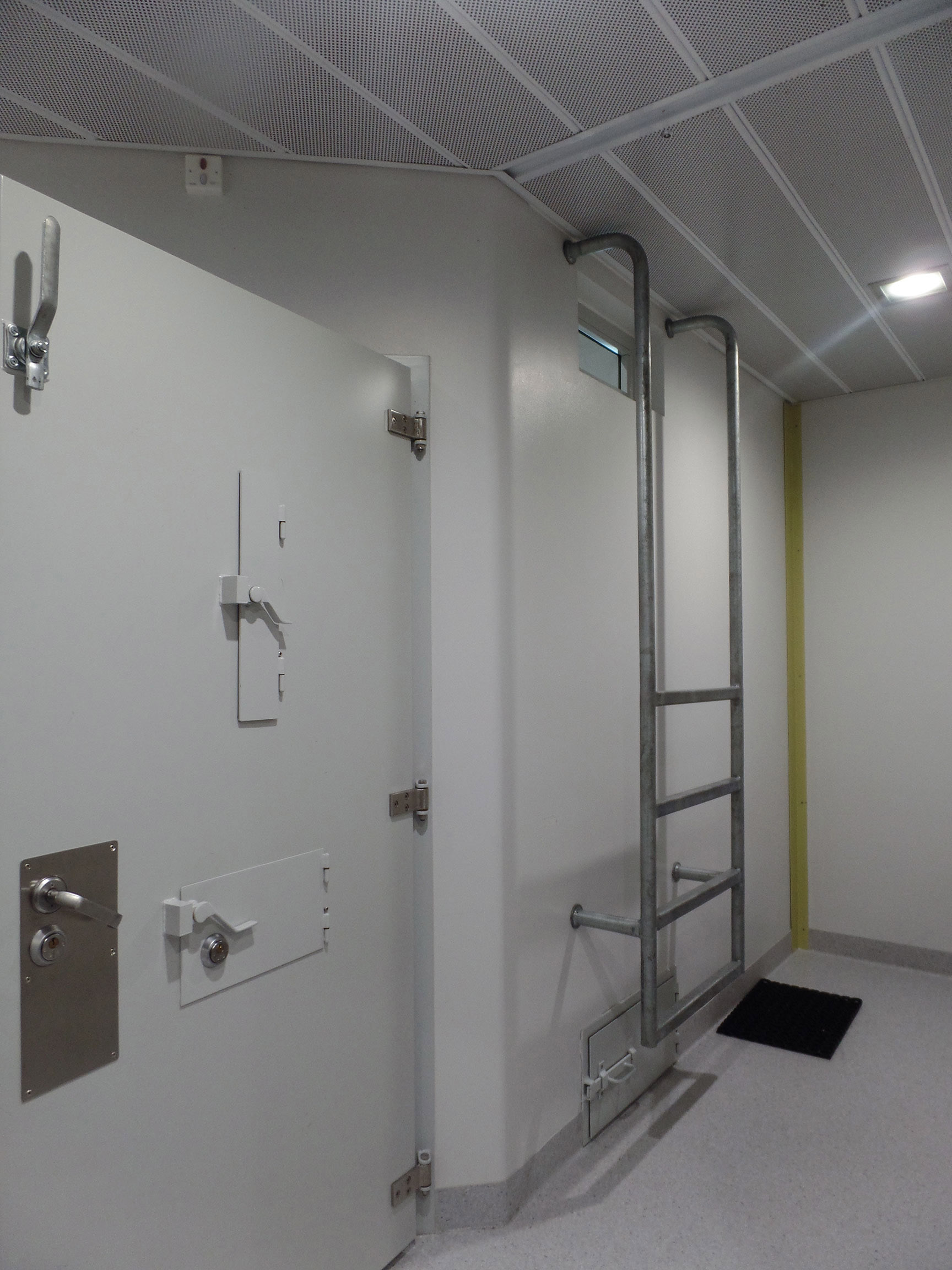 The strap-down cell (beltesengcelle) is another coercive measure, with the same legal basis as the security cell and the same regulations.
From 2010-2019 there were annually 5 to 17 such placements.
Sivilombudsmannen (the Parliamentary Ombudsman) has criticized the amount of use of isolation and coercive measures. 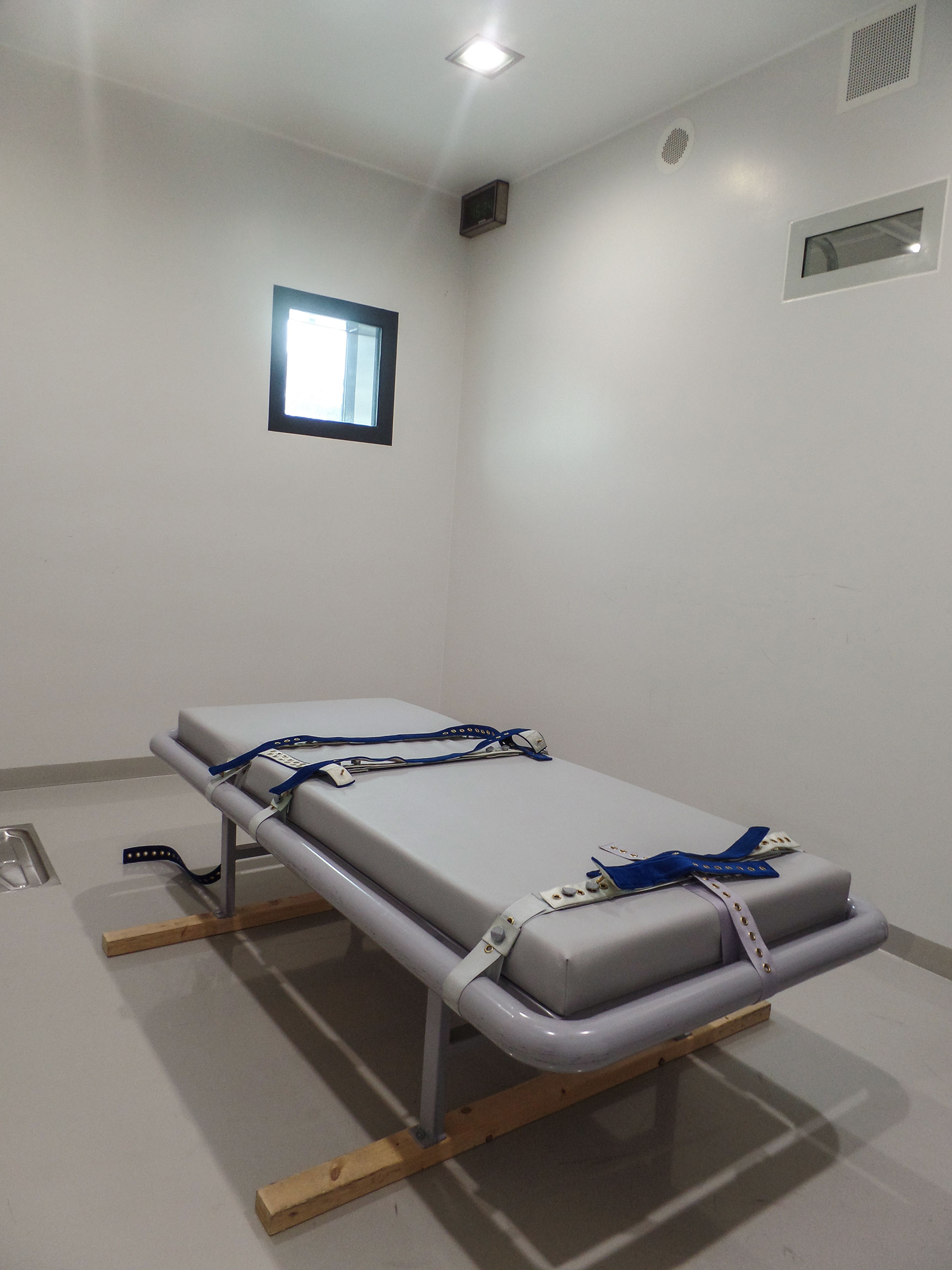 From 2008-2019 there were reported 54 suicides in prison. Most of them are committed in custody, in isolation.

CAT (The Convention against Torture and OtherCruel Inhuman or Degrading Treatment or Punishment) (2019). Reporting status for Norway. UnitedNations Human Rights, Office of the high commissioner. [Online]. Available at https://tbinternet.ohchr.org/_layouts/TreatyBodyExternal/Countries.aspx?CountryCode=NOR&Lang=EN

CPT (The European Committee for the Prevention of Torture and Inhuman or Degrading Treatmentor Punishment) (2019). The CPT and Norway.[Online]. Available at https://www.coe.int/en/web/cpt/norway

‍Hellevik, V. (2001). Bruk av isolasjon i norske fengsler [The use of isolation in Norwegian prisons]. Oslo: The Department of Criminology and Sociology of Law, the University of Oslo